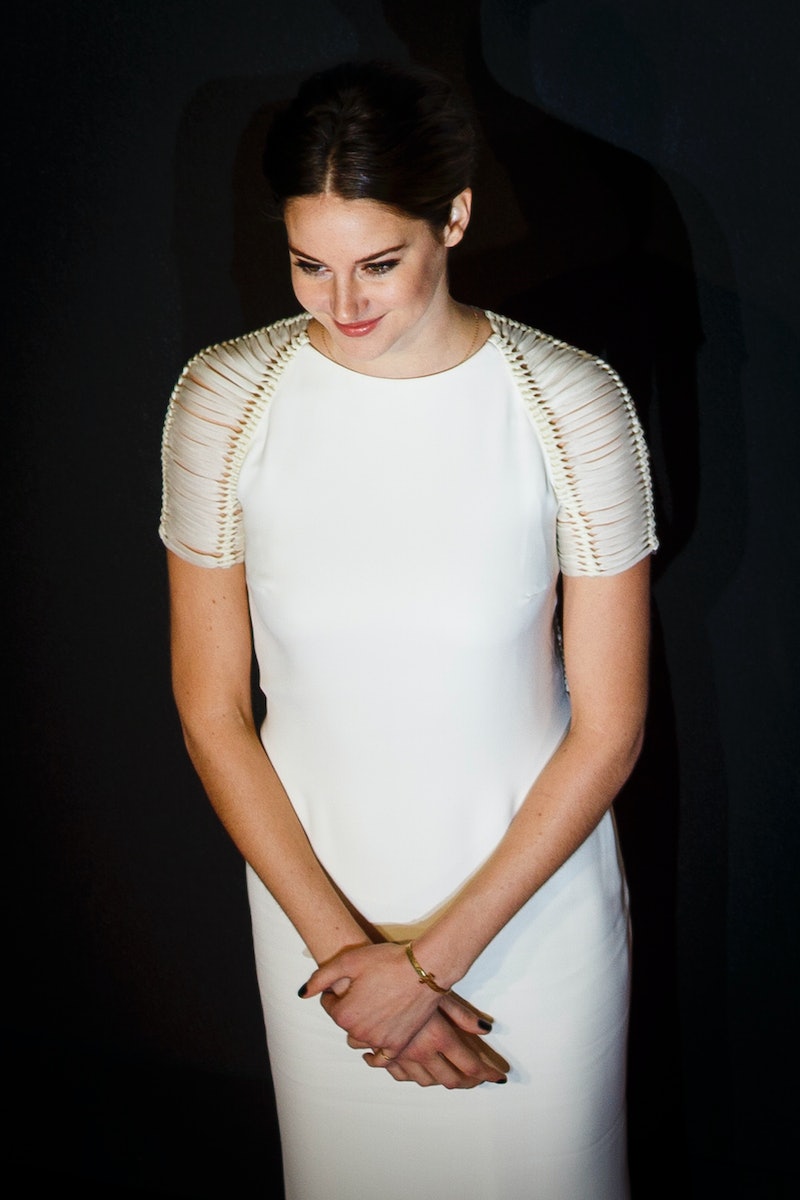 Everyone's favorite nature spirit Shailene Woodley stepped out at Insurgent's London premiere looking every bit as fierce as Tris herself. In the film, Woodley's Tris sports a utilitarian, tomboy style. Considering that her character is fighting a revolution, the style makes total sense. At the London premiere, however, Shailene departed from the casual style of the film and did she ever stun.

Since starring alongside George Clooney in 2011's The Descedants, Woodley's star has continued to rise. Outside of incredible acting, Shailene's also a breath of fresh air in Hollywood. She's an outspoken advocate for the environment, honest about her career choices, and unashamed of talking about lady bits. Not to mention that since her rise to stardom, the actress' style has became as incredible as she is.

Tonight on the red carpet, our favorite Earth Mother showcased her impeccable sense of style sporting an absolutely gorgeous Ralph Lauren gown. The dress featured a daring open back with intricate silk organza ribbon detailing that extended into the sleeves. With her shorn locks pulled back in an up-do, attention was called to her stunning face which featured minimal makeup. Pale pink lips and liquid eyeliner gave Woodley a fresh look for the premiere of what's sure to be her next big blockbuster.