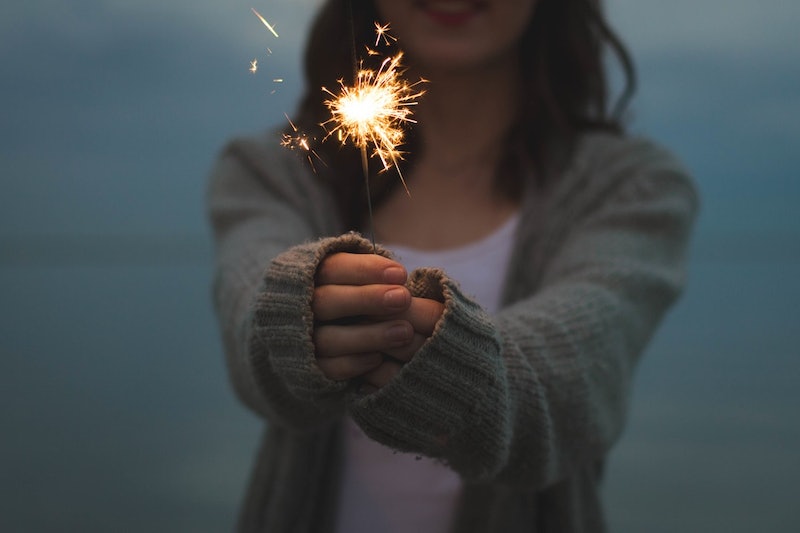 We’re always hearing that we could be having better sex, a better orgasm, or a better relationship. But how often do we hear the nitty-gritty of how we can actually better understand our deepest desires and most embarrassing questions? Bustle has enlisted Vanessa Marin, a sex therapist based in San Francisco, to help us out with the details. No gender, sexual orientation, or question is off limits, and all questions remain anonymous. Now, onto this week’s topic: how to know whether you're asexual.

Q: My problem is I feel like I have no sexual identity. I have experimented with both men and women in the past, but I don't care about sex at all. I'm not attracted to anyone, and don’t ever feel sexual desire. It seems like most people I know constantly want to have sex. I have no reason not to like sex, I just don't get the hype. Most people I know at least know who they are attracted to, but I just don’t know where I stand. Is something is wrong with me? Could I be asexual?

A: It can be hard not to compare yourself to others when it comes to sex, but what’s most important is finding out what feels right for you.

Based on your description, I’m thinking you might fall under the umbrella of asexuality. Asexuality essentially refers to those who don’t feel sexual attraction and aren’t interested in sex.

There’s a lot of misinformation and confusion out there about asexuality, so let’s go over some of the real facts. Here's what you need to know.

Truth #1: There are different types of asexuality.

Truth #2: Asexuality is not the same as celibacy.

Many people confuse celibacy with asexuality, but they’re not the same thing. Celibacy is a behavior, asexuality is an orientation. Celibacy is the conscious decision not to have sex. Some people save themselves for marriage, others choose to be celibate because of religious reasons, but the point is that they’re making a choice independent of their actual desire.

Someone who identifies as asexual can choose to be celibate, but they might also choose to have sex.

Truth #3: Being asexual doesn’t mean you don’t have feelings.

Asexual people are frequently stereotyped as cold and unfeeling. Asexuals are just as capable of having loving relationships as anyone else. Being uninterested in sex doesn’t automatically make you closed off, distant, or emotionally unavailable.

There is absolutely no evidence that asexuality is caused by trauma, abuse, sexual assault, or negative childhood experiences. Some people who identify as asexual have trauma in their histories, but so do people of all sexual orientations. There is no causal link.

It’s really important to differentiate a sudden loss in desire from a lifelong disinterest in sex. Dramatic changes in sexual desire levels might be indicative of medical problems, but asexuality isn’t a medical issue.

Truth #6: Asexual people might still choose to have sex.

Having had sexual experiences in your past doesn’t disqualify you from identifying as asexual. You don’t need to be interested in sex to have sex, and there are some asexual people who consciously decide to be intimate with their partners.

Truth #7: You're the only one who gets to choose if you want to identify as asexual.

If these definitions of asexuality resonate with you, it may feel comforting to start identifying yourself as asexual. Asexuality doesn’t get talked about very frequently in our culture, so a lot of people are relieved to learn that there are others out there who feel the same way about sex. But if you don’t like putting a label on yourself, you don’t need to do so.

The bottom line is this: there’s absolutely nothing wrong with you for not feeling interested in sex. You get to make your own decisions about what to do with your body.

Editor's Note: Interested in finding out more about asexuality? Check out the Asexual Visibility and Education Network (AVEN).