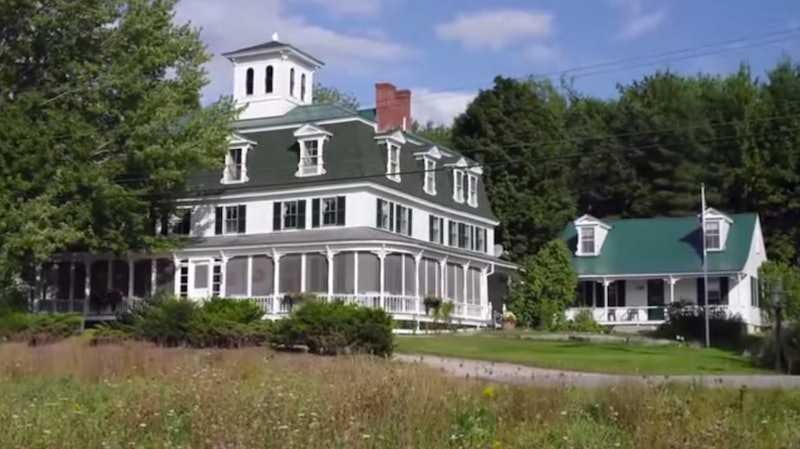 We've seen enough carnage on Black Friday to know just how excited humanity can get over a bargain, so I hesitate to even share this. I need us all to briefly find our chill and hold on tight. Now that your tray table is locked and your chair in the upright position, you should know that you could own the Center Lovell Inn Maine for a killer 200-word essay and $125. It may sound like a trick, but it's real. You better all get over your writer's block real quick, because an essay submission like that could be your one-way ticket to becoming half as cool as our unmatched inn-keeping heroine, aka Lorelai Gilmore.

The 210-year-old inn is nestled in Western Maine, in full view of the White Mountains, and is worth nearly a million dollars. Its owner, 68-year-old Janice Sage, said the inspiration for the contest was simple enough: It was the very same way that she acquired the inn back in 1993 from its previous owners.

"I’ve never been known to do anything the normal way. I just want to pass it on for someone else," she said in a statement to the Press Herald.

In order to break even on the inn, Janice is hoping to collect at least 7,500 contest entries, which would be the monetary equivalent of the inn's estimated worth. She'll read every entry herself, and then hand over the top twenty to two unnamed judges. Whoever is deemed the most fit to own and operate the inn will not only win it, but everything on the inside of it as well.

Here are some of the views and amenities of the quaint spot in Maine:

The pressure is on, guys. I'm betting a lot of people who have $125 to spare and enough words rattling around in their brains are going to make this a stiff competition. And I don't mean to intimidate anyone, because I want this to be a fair fight and all, but you probably shouldn't bother. I'm going to win. I'll even let you see my note in advance, because I'm that confident.

Don't feel bad, guys. You gave it your best shot!!