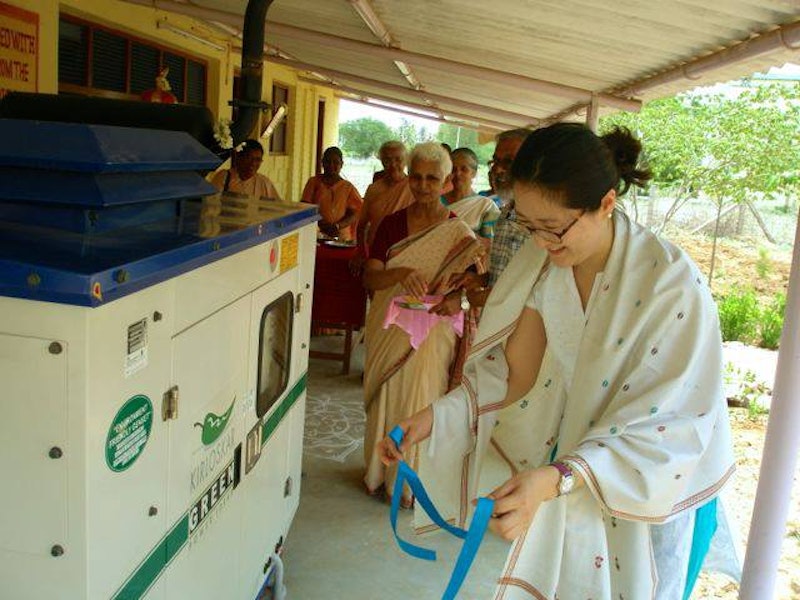 When we American women get our periods we run to the store and grab a box of Tampax, right? A new documentary, Menstrual Man, sheds light on how much of a luxury that simple act can be. In certain parts of the world, women are choosing between sanitary products and groceries.

"Only 1 in 10 menstruating women in India uses sanitary pads. The rest use rags, husk, sand, and even ash," according to the documentary. The film's tagline is "Pervert. Pariah. Visionary," and it centers around an Indian man named Arunachalam Muruganantham. His wife and other women in their village often used reusable rags when on their periods because they couldn't afford the disposable kind we take for granted. So Muruganantham set about developing an inexpensive machine that can make affordable cotton pads for Indian women.

Muruganantham now sells the machine to women's groups, at a cost of $1,200 to $6,000 (depending on the features), according to NPR. The disposable pads made from Murgantham's machine wholesale at about 25-cents per eight-pack and groups set their own sale price. Foreign pads sell for about $1.50 per box.

To test the pads, Muruganantham attached bottles of animal blood to his underwear as he biked and walked around town, NPR says.

His rural village shunned him, viewing this with suspicion. And his wife's suspicions — that he was chasing medical college girls around town for something other than product testing — ended his marriage.

Still, for six years, Muruganantham pressed on (yup, pressed) — and now more than 1,000 of his machines have been sold in India. There's also been global interest in replicating the model, from Afghanistan to Rwanda.

Menstrual Man is currently on the festival circuit, but it will be on iTunes in January 2014. You can watch the trailer now: