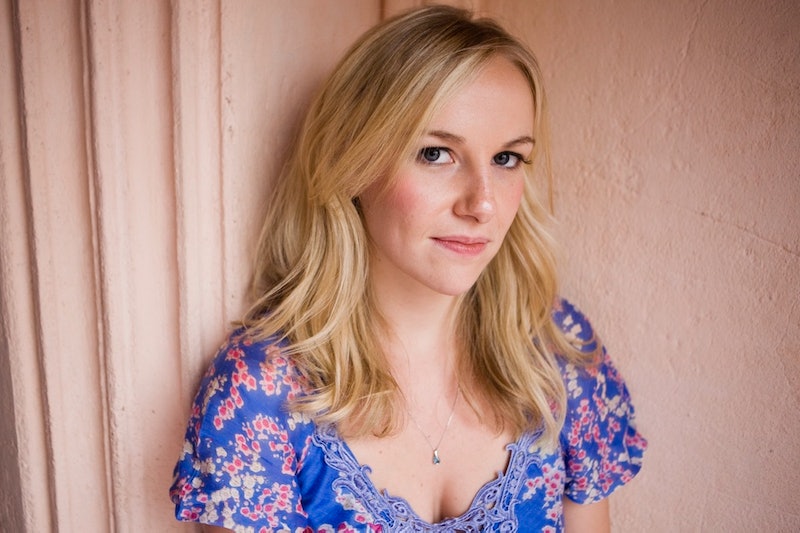 We all know the storyline: a young, attractive girl is taken from her family, held against her will, forced into sexual acts. Sometimes she's impregnated by her captor. But somehow she escapes, and when she does, she tells the world of the unspeakable cruelties done to her. This is the life story that belongs to women like Jaycee Dugard, who was kidnapped at 11 and held for almost 20 years, and more recently, Elizabeth Smart, who spent nine months in captivity and whose memoir will be released this week.

Smart’s memoir is just one of many. There is the memoir written by her parents, Bringing Elizabeth Home. There is Sabine Dardenne’s I Choose to Live, and Natascha Kampusch’s 3,096 Days, and Dugard’s A Stolen Life.

But what about the women who never make it out of captivity? Who never tell us what was done to them, what they were forced to do? This thought is the foundation of Emma Chapman’s enthralling debut novel How To Be a Good Wife (St. Martin’s). The novel is the story of a middle-aged woman Marta, who, after 25 years of marriage, starts to believe that her husband Hector kidnapped and brainwashed her.

Marta’s realizations are slow — an artful touch by the author that makes for a suspenseful read — and they come in form of hallucinatory flashbacks, which start occurring when she stops taking her medication. These reality of these flashbacks make her cold to her husband, whose name becomes a “harsh word, sharp in my throat, like machinery breaking down.” This is just one of the many elegant metaphors Chapman uses in her novel. But due to Marta’s circumstances — that she has stopped taking her pills, that no one in her family seems to believe her — it is never clear if Marta really is the kidnapped Elise, as she claims.

Modern-day captivity narratives find their ancestors in the 17th century, in the stories of Englishwomen taken by Native Americans. There is, for example, the story of Eunice Kanenstenhawi Williams, an English colonist, who in 1704, at the age of nine, was captured by a squad of raiding Frenchmen and Native Americans. She would grow up in her captors’ village, taking the name Kanenstenhawi marrying a Native American man, having his children. Eunice/Kanenstenhawi would visit her family in Deerfield later as an adult woman, with her husband, and needing the aid of an interpreter, since her childhood English had faded, replaced by French and Mohawk. In a way though, the ‘Eunice’ the Williams knew never returned.

Indeed, the female abduction narrative is something that has persisted through the centuries, captivating the general public with their luridness. As the critic Elaine Showalter points out, these stories have an “affinity with classic Gothic fiction, in which women are imprisoned in castles with a lush décor symbolic of female sexuality” — an affinity, perhaps, that makes these horrifying narratives so irresistible.

It is perhaps the same dark magic that makes Chapman’s How To Be a Good Wife such a compelling read.