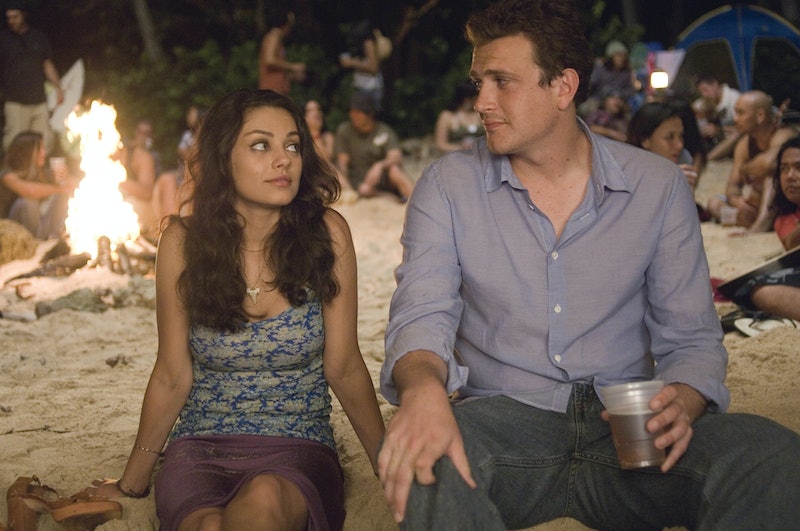 No matter what, moving on after a relationship ends is hard. Even if you and your ex ended things on an upbeat note, you probably feel confused, and are wondering what the hell happened, or if your relationship could have been saved. There’s probably some regret, sadness, and anger mixed in there, too — which is totally human, of course. Because even if you and your ex parted as friends, making sense of your feelings in the wake of a breakup can be difficult — especially feelings of fear, rejection, and loneliness.

But, as they say, the show must go on; you can’t wallow in your sadness forever. You have to live your life, thank your ex for the memories, change out of your sweatpants, and take some tentative steps back towards living a normal life. And for many, that means getting back on the dating scene.

Even after you've decided that you’re ready to go back out into the dating world, navigating it can be difficult. All those post-breakup thoughts and emotions, swirling through your brain and body, don’t really make for the most pleasurable dating experiences. Which isn’t to say that they're not useful or important feelings, or that it’s impossible to get back on that horse and find love again after a breakup. But dating right after you've gotten out of a relationship just feels different than dating when you've been at it for awhile. For proof, check out these 10 ways that dating post-breakup is unlike any other dating period in your life.

1. Your Emotions Are Raw

Face it: even if you felt like you needed to push yourself back out there in order to feel better, your wounds from your breakup aren’t completely healed. You may find that you’re more sensitive to things you wouldn't have cared before your breakup, like unreturned texts or random comments about exes, and that’s fine. Just try to avoid crying too much on those first few dates.

2. You’re Skeptical Of Everyone

Because of course you are. Depending on if and how you were burned by your last relationship, there’s a good chance that you’re going to feel skeptical, hesitant, and maybe even suspicious of every potential partner who crosses your path. All of which is actually good. Your gut knows exactly what you need right now, and exactly what you can handle. So if your gut says something is off and it wants to go home and eat pizza, do that.

3. You Spend Most Dates Wondering If It’s Still "Too Soon"

So there you are, enjoying some laughs over a drink with a new hottie, and all of a sudden, you start analyzing your life choices — especially whether or not it’s too soon to date. The good news is, there is no science regarding the optimal time to start dating again; only you can decide what feels right for you. So trust your gut again on this one. But, that being said, science has proven that rebounds are actually good for you. So, hey, the more you know, right?

4. You Have A Hard Time Not Talking About Your Ex

One of the biggest no-nos of dating is mentioning your past. You're supposed to never, like ever, bring up your ex. But when your breakup makes up so much of your very recent past, it can be hard to stay mum about it. Bringing your ex up in passing is fine, but it's definitely not a subject you want to harp on (even if it feels like it’s boiling up inside you and you just want to pop). You should try to exhibit restraint and bite your tongue, if you have to.

5. You Have Different Standards Now

You know yourself much better than you did before your last relationship and subsequent breakup; and you'll want to inject that self-knowledge into every relationship you have going forward. Traits that may have seemed OK in a partner before — like certain bad habits or prickly personality problems — probably just won't fly anymore. And that's a good thing.

I have a friend who says that when you lose a nail, the best way to replace it is with another nail. I don’t know if he came up with that on this own, but it’s the truth — when you’re newly alone, you may want to fill that void and find a new partner as quickly as you can. Despite all your skepticism, you may find yourself wanting to jump into a new relationship, just to occupy your time. There's no right answer here: rebounds can be healing for some, and self-destructive for others, so you need to decide if that’s the best thing for you — or if you’re just looking for a new nail, any nail you can get your hands on.

Dating, in general, is a process. Not just because you feel like you have to constantly be on during dates with someone new, but because getting to know someone is so damn time-consuming. And it all feels even more time-consuming after you've just come out of a relationship where you knew everything about the person; and now, here you are, back to square one with someone new. Be patient and try to see the fun and excitement in getting to know someone new (or at the very least, try not to roll your eyes too much).

8. You Compare Every New Date To Your Ex

Like, even more so than you would have in the past with your other exes. How can you not? Everything about your last ex is so fresh in your mind. But make sure to remember that you ex had shortcomings, too — and they may have sucked at things that the people you're dating might excel at. You just won't know until you give them a chance...so be sure to actually give them a chance.

With your friends and family encouraging you to start dating again, getting back out there and looking for someone new can feel sort of forced, like you're just going through the motions. You know you have to move on, but at the same time, your heart may just not be in it yet. Try to think about it as you taking the steps necessary to heal yourself (even if you're only taking them begrudgingly).

10. Finding Someone New Is Definitely Going To Take Longer Than You'd Like

So embrace it. You don't want to push yourself into "feeling ready for something serious," only to fall back into old, bad dating habits because they feel familiar. This is a chance to grow and change for the better. You want to be selective about the people you date now — and in doing this, you may find that you'll be dating around for far longer than you have in your past. But if you make it fun, it will be OK. After all, isn't a night spent swiping left on Tinder still better than a night spent crying your eyes out over a breakup?