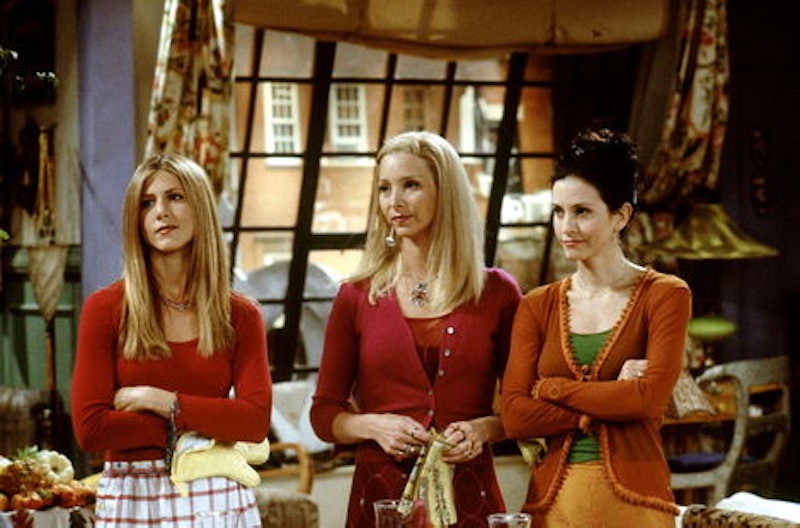 Turning thirty doesn't automatically mean you get smacked in the face with all the wisdom of the universe. It just means you're a slightly older version of the woman you were ten years ago, with a decade worth of experiences that make you look very nostalgically when you see young women giggling on the same subway car as you. Because in your late 20s, as you move into "real" adulthood, you start to have more responsibilities, more worries, and more entire life-affecting decisions. When you're in your early 20s, there's much less of all of those things, a lot more room for error, and a lot of time to make up for youthful frivolity.

In your late 20s, you start thinking about your career as something that will define the rest of your life, rather than flipping and flopping over your major at school. You'll start thinking seriously about marriage, babies, or whatever else it is that you want to shape your life forever. When you're younger, these things feel like light years away, and they sort of are! There's time for parties, wasting money on expensive dresses, working nights in bars, joined at the hip friendships and dancing, all the time dancing. In your early 20s, you're not a girl, not yet a woman, as Britney would say. Your late 20s are even more awkward, because you're definitely not a girl, probably a woman, but not yet a full-fledged "grown up". When women in their late 20s look at women in their early 20s, we think the following things:

1. "I wish I could make you appreciate how young and hot you are."

If I saw 20-year-old me in the street, I would tell her, "My God, woman, you are so young and hot. You will never be this young and hot again." I was so insecure at that age, unable to identify myself as attractive, but when I look back at photos, I wish I could have looked at myself then with my older woman's eyes. Of course, not all young things are fraught with insecurities, but often I'll see young girls who are so caught up in feeling inadequate. I just want to shake them and tell them that now is as good a time as any to adopt some confidence because ironically, when wrinkles start appearing and boobs start sagging, you'll start having the confidence you should have had all along.

2. "So much is going to happen; Anything you want can happen."

In the same vein as above, women in their late 20s will look at younger women and wish we could make them appreciate how much life is going to unfold in front of them, and how much is going to change in such a small amount of time. Young women can do and be anything, and if only we could be so clever as to empower them to know this when they're in their prime, rather than burdening them with questions and uncertainty.

3. "Your metabolism is going to catch you, girl."

When I was 20, I drank beer, scarfed McDonalds (and any other food I could get my hands on), didn't exercise and maintained a svelte size two. My metabolism was GREAT, as so many young girl's metabolisms are. When I see skinny young things out and about, gorging on the good life, I think they better start considering the future and getting their hungover butts out of bed to exercise, because that super-powered metabolism is eventually going to betray them.

4. "That person you're hung up on? They don't matter that much."

When we see girls upset about lost love or some asshole who was being a jerk, all we want to do is take them in our arms and tell them how little they matter. When you're young, the end of even a short dalliance can seem like the end of the world, but having experienced many of these disappointments, older women know that all will be forgotten sooner than our younger counterparts thing.

Even though we're not that much older, we late 20-somethings would love to be 20 again. To be so carefree, and to have this whole intense, wonderful, horrible decade ahead of us! What a dream! Now, instead of parties, backpacking, and ridiculously tall heels, we have Netflix and kitchen window herb gardens. It's not that we don't like our lives now, it's just that we remember how fun it was to live more recklessly.

But as much as we miss the easy frivolity of our early 20s, you couldn't pay us to go back. Because for all the fun, it was also a very "world-revolves-around-me" time, and a decade's worth of perspective-lending experiences doesn't have a price tag. It's awesome for us to have the memories, and watch you make them, but being a little bit older, a little bit more secure, and a little bit more aware of ourselves is much more contenting. Obviously, life is a journey, and our early 20s lead us to our late 20s and so on and so forth. I'm sure women in their late 30s look at women just entering their 30s with certain thoughts too, and that the older we get, the more comfortable we feel being ourselves, which is really what growing up is all about anyway.