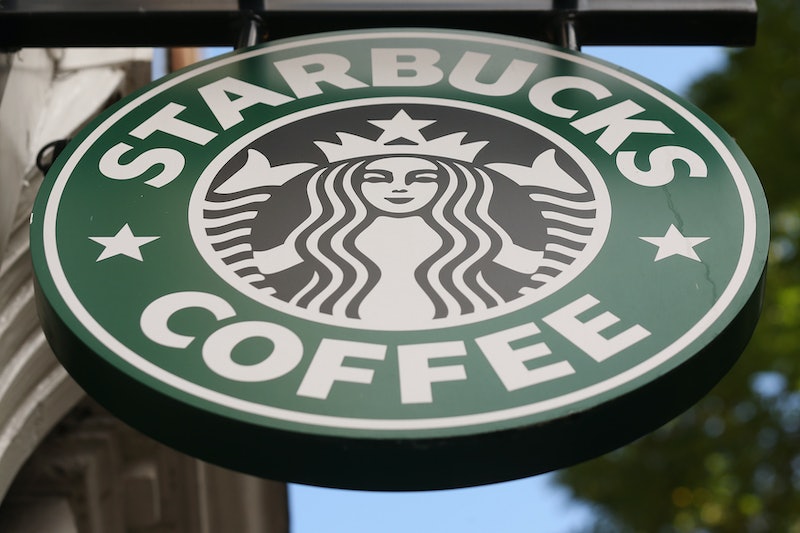 During the summer of 2014, curious thing happened to the Los Angeles neighborhood of Highland Park: It became home to what was universally acknowledged as the most depressing Starbucks in the world. However, I come bearing good news today: That depressing Starbucks recently got a makeover, and if the new images from its grand re-opening are to be believed, it is no longer quite so depressing. It's still a little different than your standard Starbucks — but it's actually quite nice now. Because life is too short for depressing coffee, am I right?

The Highland Park 'Bux first opened its doors last July. Although the neighborhood was once plagued by gang violence in the '80s and '90s, it has since become significantly safer, thanks to a crackdown on crime. Now full of artists and young professionals, it's up its “hip and trendy” cred, with LA Weekly calling it “LA's greatest neighborhood” in 2013. But anyone who hoped the Starbucks that was slated to take the place of the burger joint that once stood in its location would bring further cache to Highland Park was sadly disappointed when it brewed its first latte, because, well… it looked like this:

Its spartan appearance, lack of places to sit, and overall gloomy atmosphere failed to win over most of its patrons, and, well… it's easy to see why. Some Yelpers did appreciate the fact that it had a drive-through, though, so at least there's that.

In February, however, the Highland Park Starbucks closed for refurbishment. According to Curbed LA, the plan was to add ordering windows, replace the doors, include pedestrian access points, increase seating, and make the whole place a much pleasanter location to be. I'll admit that I'm impressed they got the renovations finished this quickly — because the formerly super depressing 'Bux just reopened, and it's definitely an improvement. Now it's got pretty outdoor seating!

And a whole bunch of other new stuff! According to The Eastsider, the front entrance has been opened up, which both let more light into the shop and made room for tables; the exterior is adorned with reclaimed wood siding; the terrifying security bars have been replaced by a “modern, metal trellis”; and, perhaps most importantly, the restroom door is no longer located directly next to the ordering window. Well done, Highland Park Starbucks! Well done, indeed!

Apparently the reason for the previous design scheme (insofar as there was one) was intended to appeal primarily to drive-through customers, not to those arriving on foot; however, the folks behind it seem to have realized it was an oversight. Said Starbucks district manager Tim Douglass to The Eastsider, “We have to make sure that we please both groups.” Ayyyy-men.

The Highland Park Starbucks is located at 6240 York Boulevard in Los Angeles; head on over there if you want to take a peek. Or, check out more photos of its grand re-opening here.

More like this
You Can Stay At The 'Hocus Pocus' House On Airbnb
By Alexis Morillo
Craving The Beach? Here's Your Guide To A Solo Vacation In Turks & Caicos
By Alexis Morillo
TikTok's Butter Board Might Be The New Cheese Plate
By Emma Carey
Deliveroo Is Selling Lotus Biscoff Cinnabons Now
By Darshita Goyal
Get Even More From Bustle — Sign Up For The Newsletter