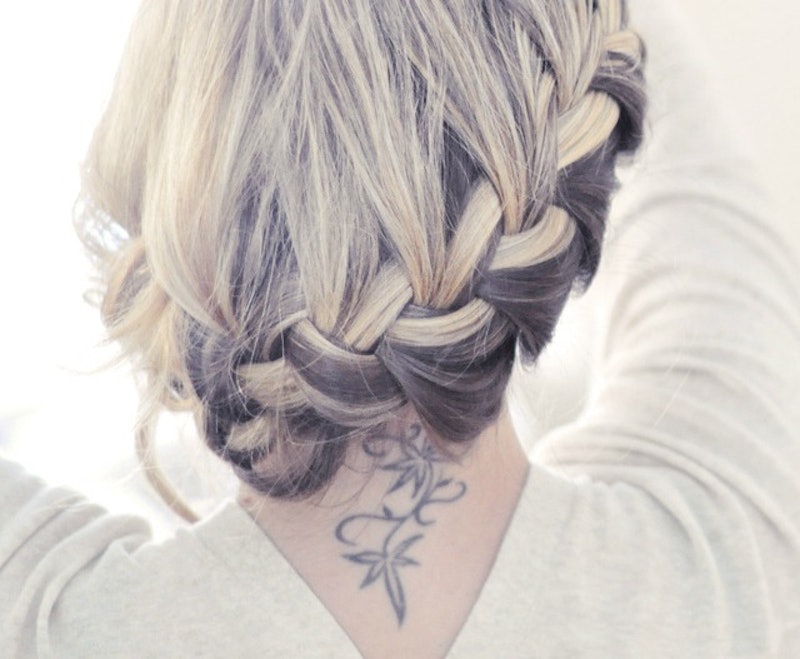 A small, illuminating study coming to us from the University of Texas at San Antonio has shown that women with tattoos are seen as having a higher sex drive, lower standards and are perceived as more likely to be entirely devoid of relationships. In other news, welcome to the year 1930. Though the findings aren't entirely surprising, they are saddening; it's this kind of prejudice that's truly inhibiting us as a race from progression.

Given the somewhat conservative nature of Texas as a state, however, I would be remiss not to mention that the results may have been skewed to the particular region's tastes. Tastes which, if I were to subscribe to stereotypes (which I do not, of course) would consist largely of deep-fried twinkles, Daisy Dukes and "sketti," a la Here Comes Honey Boo Boo. Again, though, I would never be so judgmental. But hey. That's just me.

I myself do not have tattoos, or piercings for that matter. It's a personal choice that I expect to be respected by anyone who'd like to interact with me. In this same way, anyone who'd like to interact with someone who has chosen to express themselves in this fashion should respect their choices. Not in the way that Aunt Beatrix "respects" your mom's decision to marry your dad, but in the way that they acknowledge that these life choices don't change who we are as people.

According to a 2012 Pew Research poll, 23 percent of Americans have tattoos, meaning that on any given day a good fifth of our population is being discriminated against for a few colors on their skin. Oh, the irony. On a different (and perhaps just as ironic) note, Fox News reported around this time last year that nearly half of women under the age of 35 have a tattoo, which as it happens is nearly double the amount that their male counterparts have. This is in stark contrast to the idea that tattoos are for masculine army dudes, and begs the question, how are men with tattoos seen? Because I'm willing to bet they're not seen as "more promiscuous."