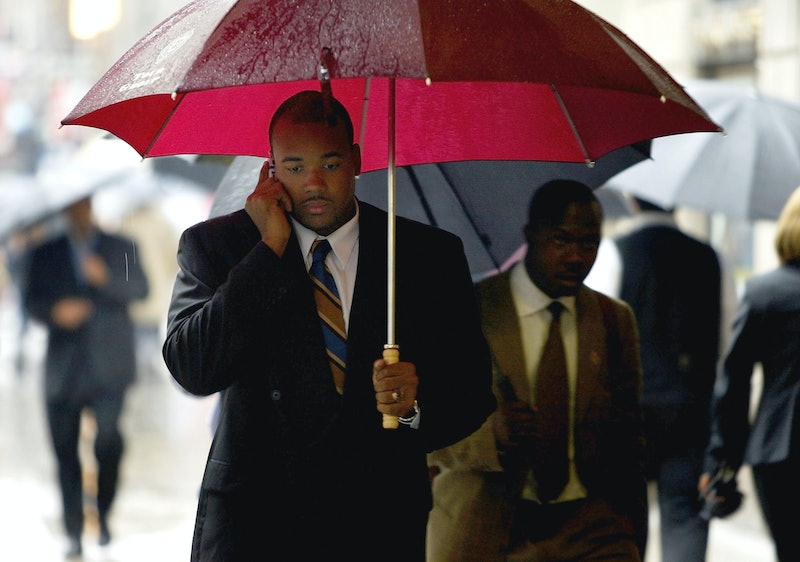 People tend to assume that getting into an Ivy League school means your life is bound to be successful; however, not only is that not the full picture, it also applies to some students more than others. New research suggests that an Ivy League education brings you far more success if you're white. Because apparently an Ivy League education isn't all that different from everything else after all.

In a study recently published in the journal Social Forces, Michael Gaddis, a sociologist at the University of Michigan, decided to test out just how far an Ivy League degree gets recent graduates on the job market based on the race of the applicant. He created fake job profiles for various applicants and used them to apply for over 1,000 jobs in three different regions of the United States.

Once the profiles were created, Gaddis gave each fake applicant one of two resume templates, sent off the applications, and waited to see who would respond.

As you might expect, going to an elite school raises the number of responses an applicant receives, regardless of their race. But black applicants were also much less likely than their white classmates to get either a phone or email response. And, in fact, black applicants from Ivy League schools were only slightly more likely to get a response than white applicants from less prestigious schools.

In other words, employers are still biased against hiring black people even if they attended an Ivy League school.

"A popular notion in US society is that education is the great equalizer," Gaddis writes in the paper. But this is clearly not born out by the research. In fact, he notes, "I find significant evidence of racial discrimination in a section of the labor market that demands highly educated employees. The opportunities that arise upon graduation from an elite university are not equal between whites and blacks."

Becoming more educated doesn't make people immune from the types of discrimination that hold black people back in our society. Similarly, being educated doesn't stop people from having and expressing biases against black people — at least if we're assuming the people in charge of screening and hiring new employees are themselves educated.

Education is great, and important, and can be used as a tool for breaking down all sorts of barriers and dismantling systemic oppression. But let's not pretend that trying to help people "get ahead" is the same as working to end racism. Because as useful as an Ivy League degree may be to an individual, institutionalized racism can't really be defeated so easily.

More like this
Black Women's Equal Pay Day Highlights An Upsetting Problem
By Brandi Neal
The 19 Best Tweets & Memes About Bisexual Awareness Week
By Lexi Inks
This Psychological Effect Might Be Keeping You From Hitting Your Goals
By Lexi Inks
The 8 Best Crystals For Confidence, According To Experts
By Megan Gray
Get Even More From Bustle — Sign Up For The Newsletter