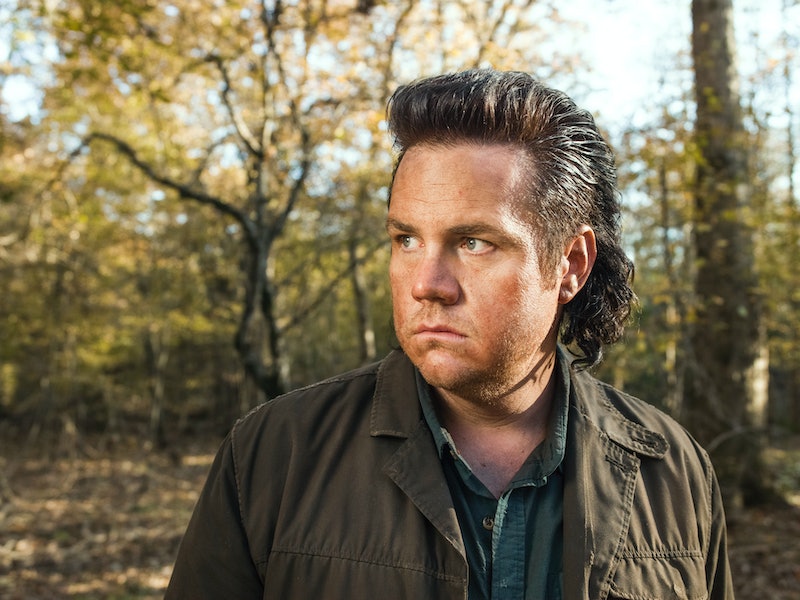 Recognize the deadly do above? If you spend your Sunday nights hanging with the undead, you'll know Josh McDermitt as The Walking Dead 's Eugene Porter, the guy who basically screwed everybody over. Eugene somehow managed to stick with the group despite the majority of them wanting him dead, but he's one of those characters fans just can't figure out. Good news is, McDermitt is anything but discreet. In every way that Eugene's attitude is elusive and emotionless, the 36-year-old actor's is infectious and endearing. “The Walking Dead was the first audition I had for drama and I booked it and was blown away," McDermitt says of how he found himself playing the complicated character.

"There’s so many times that you’re a fan of a show, but you don’t necessarily get to audition for it. So to actually book a job on my favorite show and it also happens to be the biggest show in the world — it's pretty amazing and it’s life changing and I still pinch myself just to be a part of that.”

Unsurprisingly, McDermitt's primary background is in comedy, having been on Retired at 35 and Last Comic Standing. So when he booked an audition on his favorite drama series, it didn’t matter what role they gave him. McDermitt was going to take any Walking Dead job for any amount of time — even if it was a nameless role.

“I’ll watch Breaking Bad and Walking Dead and all these dramas, these great shows, and never have a chance to be on them because I do comedy," McDermitt says. "So while I was on Retired at 35 I thought to get with my acting coach and work on the dramatic side just so I have opportunities. But I never thought I would do Walking Dead.”

By the time McDermitt was 14, he was calling into radio shows and doing stand-up before eventually began auditioning commercials. He studied Criminal Justice in college but it just wasn't enough. He hopped a plane to L.A. and finally booked his first sitcom and hasn't looked back since. Now he gets to play the quirky but powerful Eugene on his favorite show — talk about the best of both worlds.

“The fact that Eugene is still around is pretty exciting and I hope he continues to be around," he says. "But if my time does come to an end, well, then I had a great experience and hopefully I can move on to the next thing.”

Hopefully McDermitt's time on the show hasn't come to an end quite yet, because he's certainly gotten the hang of dramatic acting. Since Eugene is so different from himself, McDermitt says he draws inspiration from his younger brother and some music to bring the character to life. According to McDermitt, the March 15 episode will help to get more people on his side and start feeling something for the character.

McDermitt got together with Michael Cudlitz (Abraham) and Chandler Riggs (Carl) in L.A. to watch the last episode and said it got him excited as a fan again to remember what's coming up. “It’s kind of cliché to say but it’s so true, we’re a giant family," he says. "It doesn’t matter how many episodes you’ve done on the show, you’re in that fold and a part of the family. It’s always fun to get together with everyone."

One thing that might not be quite as fun? Having Eugene's famous mullet. “I wouldn’t have the b***s to pull [the mullet] off on my own," McDermitt says. "It was definitely all Walking Dead. I don't know that I want to keep the mullet in my off-screen life."

Even if it happens that Eugene's life comes to an end in The Walking Dead world, we won't be losing McDermitt anytime soon. Stay tuned — his own film, Life in Color, is being featured in the South by Southwest Film Festival and he has multiple on-screen projects you should absolutely look out for. Welcome to drama, McDermitt. We're so glad you're here.