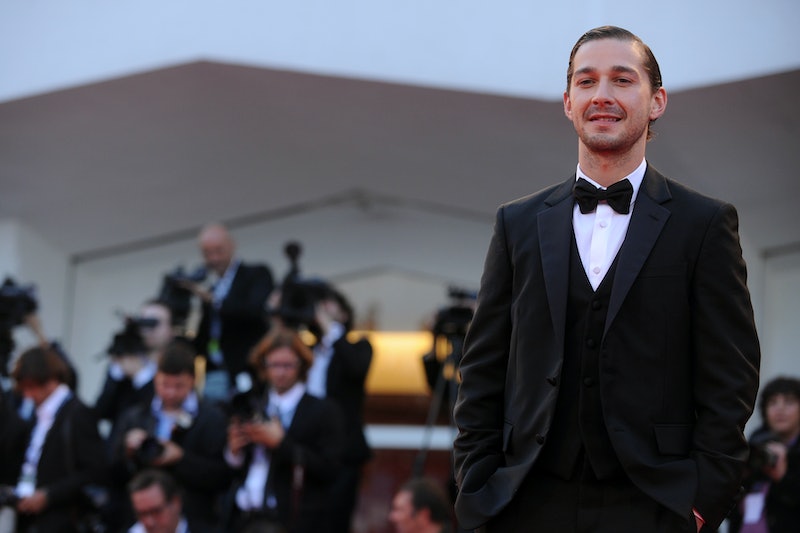 I know you've been wondering about Hollywood's most famous rattail. Well, here's the update: Terminix is offering Shia LaBeouf $10,000 to chop it off. But it appears as though he does not want to accept the offer and chooses to beat to the rhythm of his own (hair) drum.

LaBeouf stepped out to grab coffee this week, rattail intact, but as we metioned, that's not what makes LaBeouf's latest fashion choice newsworthy today. The hairy accessory is making news because of, yes, Terminix. As in the extermination company. LaBeouf's hair has made such a stir recently that the company decided to post about it on Facebook. The company wrote, "Just like we refuse to let rats plague homes, we refuse to let this emerging trend of rat tails plague our society. It must be stopped! Shia LaBeouf appears to be the leader of this movement, and we are making him the following offer: Remove your rat tail, and the charity of your choice gets $10,000."

Terminix has since posted that they are, indeed, serious about the offer, but so far, everyone's favorite eccentric actor has yet to respond. Regardless of what LaBeouf chooses to do with his hair, everyone should probably applaud him for his consistent ability to do the unexpected. Personally, I'm hoping he's holding out for more money.