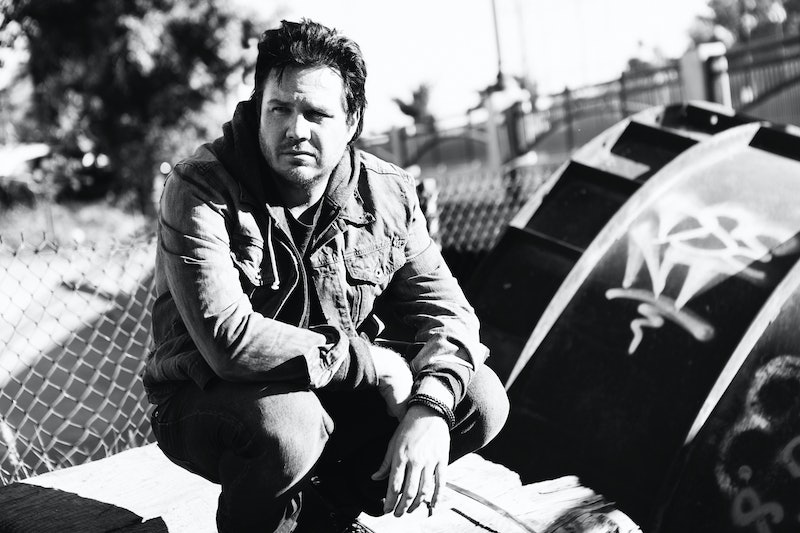 Eugene Porter captivated us with his brainy nonsense and infamous mullet early in Seasons 4 and 5 of The Walking Dead . But considering he was lying about who he was until pretty recently, we're still finding out who he really is. Fortunately, Josh McDermitt, the man behind the mullet, reveals that the final three episodes of this season will do exactly that and so much more.

“It’s a big episode for Eugene for certain," McDermitt says about this Sunday's new episode, "Spend." "Now that we’re in Alexandria, we really haven’t heard from Eugene so we’re gonna see what he’s been up to and see him try to figure out where his place is in this group. Even though he’s in a larger community he still feels a closer bond with the people he arrived with — even though he’s kind of on their s**t list, so to speak.”

Since he admitted to not being a scientist, it's pretty clear that Eugene is an outsider within the group, even more so than he was before. According to McDermitt, Eugene has spent this whole time trying to figure out where he belongs and how he can insert himself back into the group.

"I think there’s other people who feel that way too, in terms of how they feel about themselves being in the community," McDermitt says. "I think that’s just more of what we’re gonna explore.”

As for Alexandria, it looks like things are about to get even more fishy. McDermitt says that more and more questions are being raised within the community, and the group will be demanding some answers before this season's 90-minute finale. In McDermitt's own words, "There's some s**t going on."

“It’s The Walking Dead," McDermitt says simply. "If there’s an episode that’s slow you can bet the next episode’s gonna be eight times as fast. There’s definitely a bunch of action in every storyline, so I can’t wait for the people to see where this goes."

Meanwhile, McDermitt also warns that the show is absolutely straying from the comics. He says that as both an actor and a comic lover, he's luckily able to separate the two storylines. He takes a character like the comics' version of Eugene Porter, who's a bit cold and much more arrogant, and injects some more feeling into him for the live-action drama.

"Eugene on the show is definitely quirkier to me than he is in the comics," he says. "The character in the comics is such a strong, impactful character as it is and I just use that as a great jumping off point to kind of change some things — round out the edges a little bit.” In other words, don't rely too much on the comics when trying to predict what's ahead.

Even though many fans are extremely upset with Eugene for single-handedly sentencing the group to more terror, McDermitt feels an unconditional closeness with his character that causes him to defend Eugene to the fullest every single time.

“I have a hard time not forgiving him just because I love him so much," he says. "But I think if I were anyone else, I would be trying to kick this guy to the curb. What he did was a bad thing, but at the same time, I’m gonna defend the guy because he’s just trying to survive just like anyone else is and he just used the only skill he felt he had.”

Personally, I whole-heartedly forgive the pseudo-scientist now that I've gotten to know the man behind it all. I hope that for McDermitt's sake, Eugene finds a way to use his strengths for good and survive the remainder of the season.