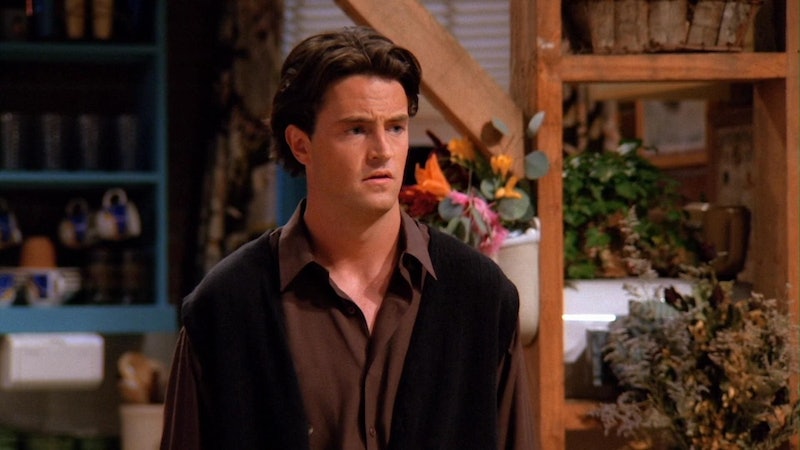 I like to think of anti-social extroverts as shooting stars: For a few brilliant moments, we shoot across the sky in all of our splendor, annnnd then we're pretty much done for until the end of time. Similarly, we will show up to exactly one of your parties, and we will be the life of it. We will make friends with all of your friends, fist bump everyone in the room, get just the right amount of drunk to mix things up, and then we'll leave. And never, ever come back. Hello, we are the anti-social extroverts, and we're here to be completely misunderstood. Nice to meet you.

It's not that we hate people. We love people. We just sort of dread talking to them, even though we happen to be really, really good at it. But let's look at this logically, guys: Just because you're good at something, does that mean you should have to enjoy and pursue it? For instance, I'm boss at eating entire pizzas by myself, but I'm not going to join a competitive eating league. Why is it that when it comes to social interaction, the same rules don't apply? It's like introverted people get an automatic pass for not participating in so many social situations just because it doesn't come naturally to them, but if interacting with other people does come naturally? We're thus required to choose it? Nope. Not having it.

I know I'm not alone in this: There are anti-social extroverts all over the world, torturing themselves trying to live up to their extroverted natures. The struggle is real, fellow people-avoiders. If you're not sure whether or not you're an antisocial extrovert, take a look and see if any of these markers resonate with you:

You love making plans in advance

The trick to getting an anti-social extrovert to come to your shindig is to tell us absurdly way ahead of time. We love being able to anticipate things so we can go to great unconscious lengths to prepare ourselves for it, like Christmas.

Last-minute plans are so stressful

Somebody texting with last-minute plans but seem fun and spontaneous, but to anti-social extroverts, it's like tossing a grenade in our hands. WHAT ARE WE SUPPOSED TO DO WITH THIS?!

And canceling plans is basically like a drug high

Do we feel bad about it? A little. But it is nothing compared to the sweet adrenaline rush of the Plan Canceling High.

Your favorite kind of interaction is the regular, predictable human kind

This is where we get our fix, and why we're decidedly done with humans at the end of the day: We love going to work, going to gym classes, going to rehearsals, and talking to the people we see on a regular basis. It's when things shift even a little—your work BFF is on vacation, or someone wants you to try a new class—that you're like, "No, JK, I actually can't do this or anything close to it anymore, bye, New People. Go away."

The double standard is REAL. They'll leave your introverted friends alone for weeks and let them slide by without getting in touch, but if you're out of the loop for a few days, everyone's down your throat about it.

You completely respect for the limits of your introverted friends

Although you're not exactly a shy person, you totally feel the exhaustion of social interaction and would know better than to ever pressure or guilt-trip your introverted friends into doing stuff with you (even if it would make group situations that much more bearable for you).

You resent the idea of "getting ready" for something

Especially if someone has invited you somewhere where there's a dress code of some kind. You're lucky I got outta bed, now you want me to put goop on my face and squish my feet into nice shoes? Fat chance.

People always expect you to text back

Hey, just because I'm not super awkward about talking to people doesn't mean I want to fill every minute of my day with it. When I die, people are going to look through my text history and be like, "Uh, you totally got that text I sent you in 2012, you lying cow." Nobody will show up to my funeral, thus bringing shame upon my whole family. But really, texting is so aggressive! I could be anywhere and doing anything! There's a 90% chance I don't wanna talk to you right now!!

An anti-social extrovert's prime is right in the beginning of a party. I'm not trying to say that we're heroes, but I can't think of a better word for it. Basically when everybody is still awkward and stiff around each other, we make impressive efforts to make everyone feel like they're part of the group, because as much as we are anti-social in nature, we are also really boss at determining what level of social interaction the people around us need and do not need.

But then you're basically dead about halfway through a party

All of your heroics are quite exhausting. It's like your brain gears are moving on full blast for several hours and they just shut the eff down all at once.

Sleep is your number one priority in life

Other people are always claiming that they totally feel you on this, but you are entirely sure that they don't. Otherwise they would just leave you and your sweatpants alone.

People get extra offended when you don't show up for things

Again, an arena where introverts tend to get a fast pass. If you don't show up, your absence is even louder, because you, as a human being, are generally louder. People notice when you're gone and call you out on it.

You have to Irish goodbye every event you attend

Otherwise you'd just be on a 30-minute goodbye parade, and by then new people will show up to the party with expectations that you'll be super chatty and want to catch up with them, even though literally all you want to do is take off your pants and never speak again. You're sparing all parties from this torture. Sneaking out is the logical option.

Your ideal hangout is with close friends in your own place, preferably in your pajamas

You thrive on the kind of social interaction that has zero pressure attached to it, and nothing says "zero pressure" like elastic waistbands and wine.

I feel like anti-social extroverts are like magnets—I find them all so easily, and it's such a relief, because they just get you. They don't subtweet you for not texting them back or guilt trip you about breaking plans or any of those psychological warfare time wasters, and when you hang out with them, it's the chillest of the chill.

You talk the ears off of the people you love

All the extroversion has to go somewhere, and unfortunately for our parents/significant others/one true BFF, we're usually pretty shameless about telling them every little infinitesimally small detail about our days.

Two years is approximately the amount of time it takes for an anti-social extrovert to forget how stressful throwing a party is, and be stupid enough to throw one again. Don't get me wrong: These parties are the bomb. But by the end of them, your entire life force is gone.

You really do love all of your friends

You just love them even more from a distance sometimes. Like alone in your room with the covers over your head and your phone on silent. ¯\_(ツ)_/¯