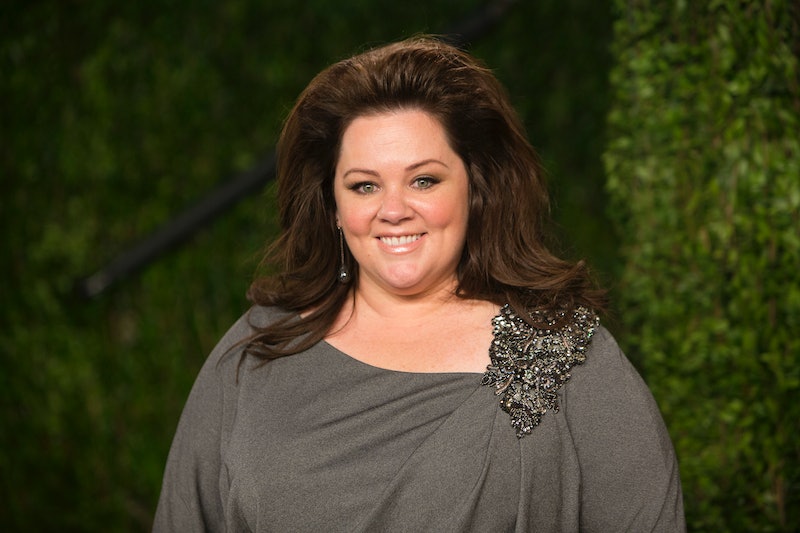 When Melissa McCarthy announced plans to add fashion designer to her long resume (which already includes actress, comedienne, and Queen of All Things Fabulous) back in November, the world rejoiced and made room for the nondiscriminatory, unconventional, and modern expansion Queen McCarthy would soon bestow upon their wardrobes. And now, additional deets on the collection have finally been released! WWD has just announced that Melissa McCarthy's women's clothing line — dubbed Melissa McCarthy Seven7 — will be available online and in U.S., U.K., and Canadian speciality stores this August.

The modern sportswear collection promises to be size inclusive and carry a moderate price tag of $59 to $159. It will be available at MelissaMcCarthy.com, with a higher-end line in the works for next year. But the website will offer up more than just funky frocks and chic pants. It will also feature advice from McCarthy on everything from finding the right fit to embracing personal style.

"I love that I’ll be able to chat with other women about fashion and see how they’re wearing my clothes,” the actress told WWD. And considering that McCarthy originally planned on attending the Fashion Institute of Technology with dreams of a design career, this is one fashionable funny woman whose advice I'd never laugh at.

The sad news is that we still have five whole months to cross off our calendars before the release of the line. Until then, check out Melissa's most fashionable red carpet moments that prove this chic lady isn't just the queen of comedy.

Her Edgy Leather and Mixed-Media Dress