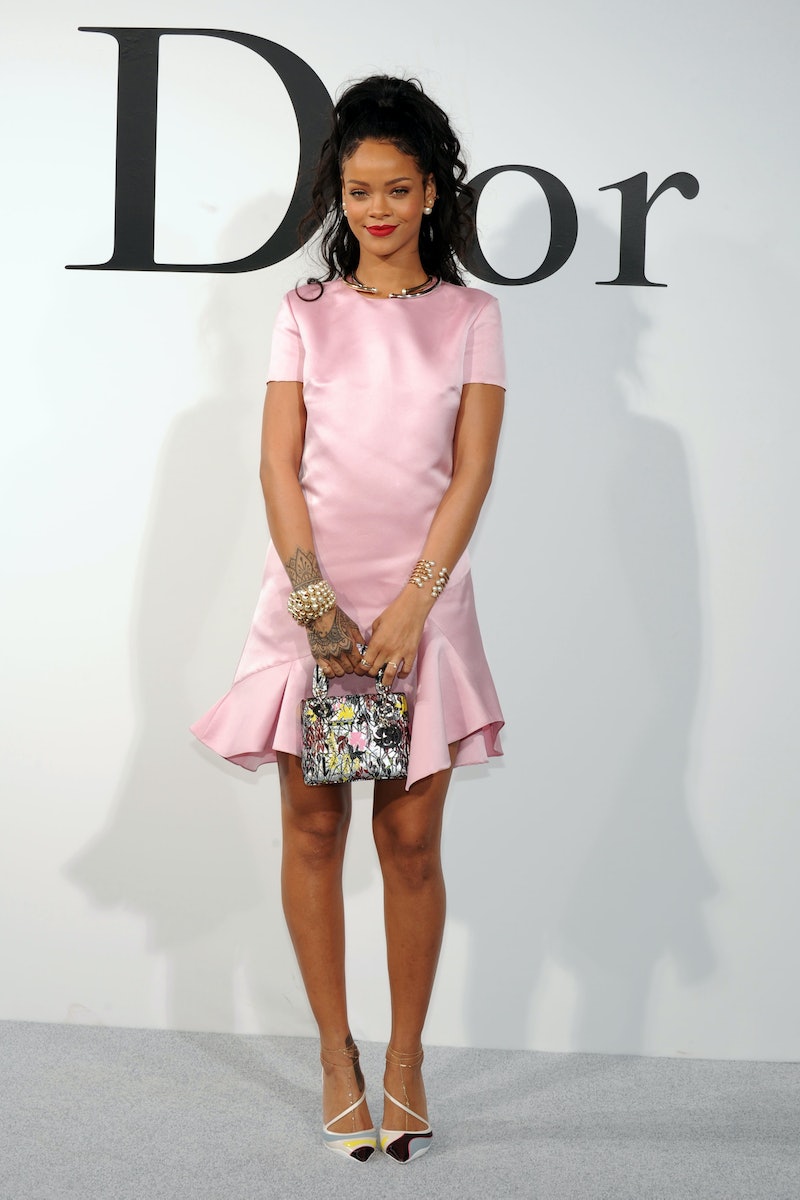 Rihanna is fashion's golden girl. With the help of her edgy stylist, Mel Ottenberg, and his impeccable taste, RiRi has quickly risen through the ranks of celebs whose style we're all obsessed with. And when fierce and flawless outfits are involved, fashion houses always come flocking. Besides gracing the cover of every major magazine around the world, the Barbadian singer has also previously starred in campaigns for Balmain and Gucci, and has surely inspired many other designers with her insouciant bad girl sex appeal. But now she's about to get the couture touch — Rihanna is the face of Dior's Secret Garden campaign for J'Adore Dior.

Though no images have been released yet, the singer participated in a photo shoot by photographer Steven Meisel at Versailles earlier this wee. A representative for the luxury brand confirmed to Women's Wear Daily that Rihanna will star both in a short film as well as in print ads set to debut later this spring.

If you're a member of Rihanna's #Navi, this news is already exciting enough, but what isn't readily apparent is what a major historical moment this is for the brand as well. Rihanna's appointment as Dior's new muse marks the first time the brand has cast a black celebrity, or even a black model, as the face of one of their campaigns.

Up until now, Dior has had a shamefully whitewashed seventy years of fashion history. In fact. the brand recently came under fire for its extreme lack of diversity on the runway. As progressive as creative director Raf Simons' designs may be, it took him seven full seasons at the helm before he cast even one black model on the runway. Not to mention, every recent celeb named as an ambassador for the brand — specifically Charlize Theron, Mila Kunis, Marion Cotillard, Natalie Portman, and Jennifer Lawrence — are all white women.

At long last, it looks like Dior is taking a much-needed step towards a more inclusive, equality-minded future, and I can't imagine a cooler girl to do it with than Rihanna.

More like this
Early 2000s-Era Rhinestone Tattoos Are Back, Baby
By Jordan Murray
The 10 Best Emmys 2022 Makeup Looks
By Paris Giles
Camila Cabello Slayed The Face Gem Trend At Rock In Rio 2022
By Olivia Rose Ferreiro
Does Valentino’s Twin Liner Live Up To The TikTok Hype?
By Olivia Rose Ferreiro
Get Even More From Bustle — Sign Up For The Newsletter