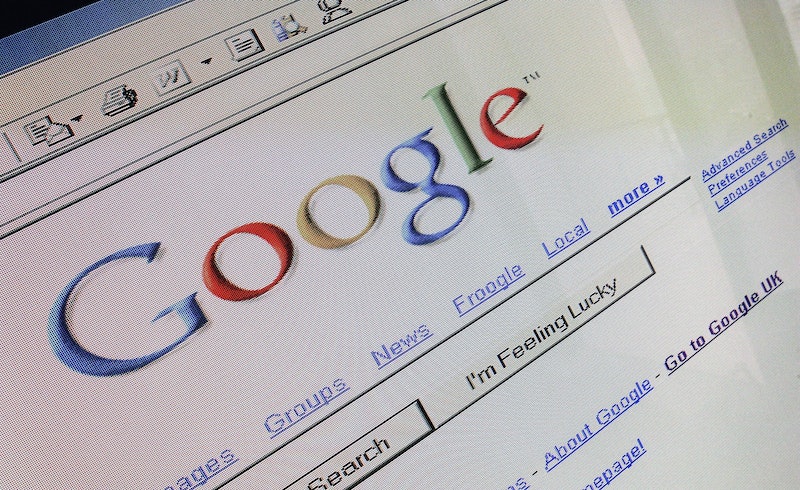 Family Feud, the game show where contestants guess how most people answer various questions, has long been a TV favorite. And now there's a 21st century version perfect for the Internet age: Google Feud, the game where people try to fill in the blanks on Google's autocorrect. Because taking surveys is so last millennium.

Google Feud, a game created by Justin Hook, uses the same premise as Family Feud — it's not about knowing facts or figures so much as it is knowing other people and what they're like. Only in this case, it's about guessing all the ridiculous things people want to know when they take to Google. Which are probably way weirder than the things they say to surveys. I mean, we've all seen those autocorrect compilations of horrifying stuff, right? People Google some... let's call it, creative search terms.

Or do they? I decided to test out the Google Feud game to see just how wacky people are — and how good I am at guessing their peculiar queries. And what I found was that, actually, most people aren't as weird as you'd expect. Or maybe it's just that I, as someone who searches by keywords rather than full sentences, just overestimate how much most Google searches look like word soup.

Still, whether the answers are weird or not, it turns out that guessing is harder than you'd think. And even though the answers ultimately tend to make sense, they're still hard to figure out.

Guesses, anyone? Here's the answers:

What do you think people Google about?

I don't know what a "frag grenade" is, and am fairly sure I don't want to. I also had no idea so many people were best friends with monkeys.

And then there are the questions about names. Like, for instance:

How many famous Margarets can you think of? Here are the 10 people are most interested in.

Of course, there are lots of questions that really do have bizarre random answers included in the results. Take this one, for example:

Why do people think their fathers are "batman onesies" or "superman onesies"?

People are interested in milking some strange creatures. Who wants to milk a chicken?

Surprisingly, none of the results mention penises, but they do mention acne. Interesting.

There are some questions, though, where at least one of the answers is utterly predictable:

You can try the game out for yourself here. Be warned, though. It's pretty addictive.