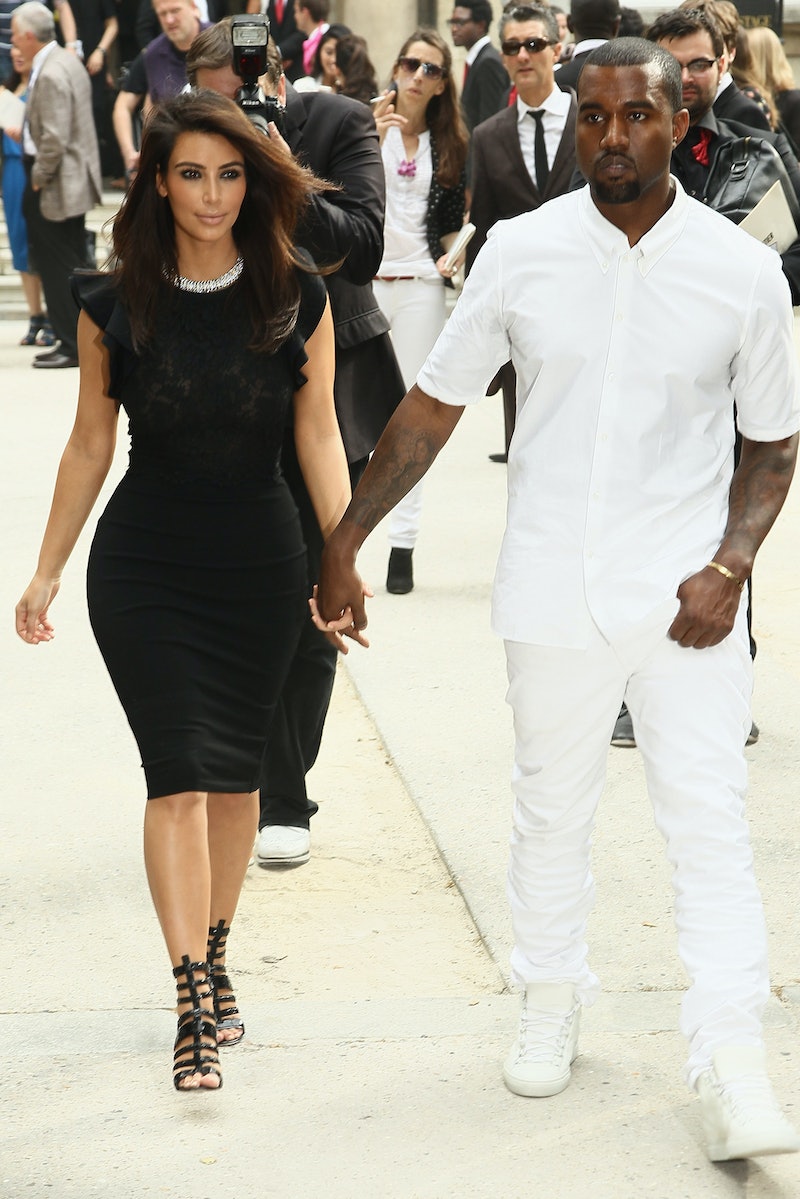 If you asked him, I'm sure Kanye West would tell you that he invented fashion. And runway shows. And Google. Yeezy clearly lives by his own rules. So when a picture of Kanye West wearing heeled boots at Paris Fashion Week came out, no one was surprised. In fact, I'm sure most were already waiting for his next shocking fashion move.

On March 8, Kimye attended the Givenchy show in Paris together, sporting all black. Given Kim's racy, Catwoman-esque lace-up dress and leather leggings, Kanye managed to fly under the radar for a bit. At first glance, his ensemble was pretty basic — until you see it from a different angle and notice that he wore boots with 2 inch heels. But not only did the shoes have a rather substantial heel, but they were also made of calf hair. Talk about ultra-luxe. West also tucked his baggy pants into them. Cute, Kanye, cute.

Of course, androgynous style is in for 2015, and it goes both ways. Kanye deserves some praise for rocking a trend traditionally embraced by women. While we're not yet sure where his shoes came from, I think it's safe to say that they're not a part of his Adidas collection.

More like this
Kanye West Apologizes To Kim K "For Any Stress I Have Caused" In Rare Interview
By Jake Viswanath
Kanye West Revealed The High Percentage Of Time Kim Kardashian Raises Their Kids
By Brad Witter
Bella Hadid's Best Runway Looks Of All Time: From Paris, Milan, & More
By Allie Fasanella
Kim Kardashian Wore 3 Different Outfits Yesterday & They're All So Good
By Dominique Norman
Get Even More From Bustle — Sign Up For The Newsletter