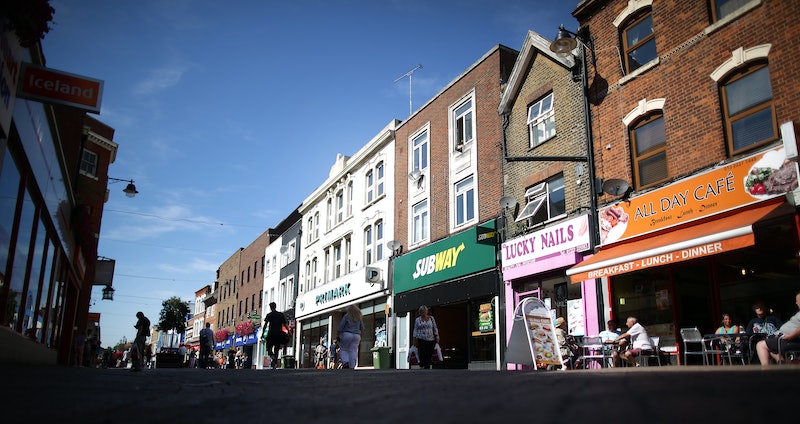 Haven't you ever wanted money to just fall from the sky? Well, I can't make that happen, but there are apparently places that will pay you to live there. And since you have to live somewhere, that's about a close to free money as you're ever likely to get.

According to some poking around by Kiplinger, there are any number of financial incentives out there for people looking to relocate to specific towns or areas. And while most won't just cut you a check, having your new hometown help cover your housing or pay off some of your student loans is still a pretty sweet deal. Because, really, not having to pay money you would have had to spend is basically like having someone give you extra cash, right? Either way, you've got more money in your wallet.

So where are these places that will pay you to live there? As you might expect, they're places most people might not consider the most exciting locations to move to. No one is going to pay you to move to New York or San Francisco, for instance, which is a shame given what rent looks like there. But if you're not looking to move into a swanky city, any of these might be great for you.

Harmony might not be the biggest town in Minnesota, but they've been looking to attract new residents over the past few years. Recognizing that most of the houses available for purchase required a lot of fixing up, the town created a cash rebate program of up to $12,000 for anyone planning to build a home in Harmony. So if you're looking for someplace nice and quite to build a home of your own, this might be it.

Detroit's population woes are not news to anyone at this point. The city has been shrinking for years, and continues to experience major financial problems. But still, in an effort to lure residents back to the city center, they created the Live Downtown and Live Midtown programs that help out with housing costs. In order to be eligible, residents have to be employed by specific companies in the area, but if you are, the city can provide money to help new residents purchase a house, make home improvements, or get two years' worth of rent assistance. Not too shabby.

The town might be a tourist destination, but they've been losing permanent residents for a long time now, to the point where their total population is under 50,000. In order to entice young people to move in, the city created the Downtown Housing Incentive Program which helps recent college grads with student loans. The city will provide up to $3,492 per year for two years. You can either pay off your student loans faster or put the extra $6,000 towards a vacation someplace a lot warmer than upstate New York.

Yes, it's true: You can get paid to live in most of Kansas. The state's designated Rural Opportunity Zones — that is, 77 of their 105 counties — are authorized to provide financial incentives to new residents who move from out of state. This can include up to $15,000 worth of student loan repayments and up to five years exemption from Kansas income tax. Woohoo!

You might have heard it before, but this is a good time to reiterate it: Alaska pays people to live in the state. Or, more accurately, permanent residents in Alaska get paid a dividend of the Alaska Permanent Fund, which manages the state's income from the oil and gas industries. And while your permanent resident status needs to be approved first, as long as you've actually moved to Alaska, you're eligible to receive over $1,800 cash, every year. Nice.

More like this
You Can Stay At The 'Hocus Pocus' House On Airbnb
By Alexis Morillo
Craving The Beach? Here's Your Guide To A Solo Vacation In Turks & Caicos
By Alexis Morillo
Who’s The Richest 'Grey’s Anatomy' Star? See The Net Worth Of Each Cast Member
By Hugh McIntyre
Shonda Rhimes' Net Worth Makes Her One Of The Wealthiest People In TV History
By Hugh McIntyre
Get Even More From Bustle — Sign Up For The Newsletter