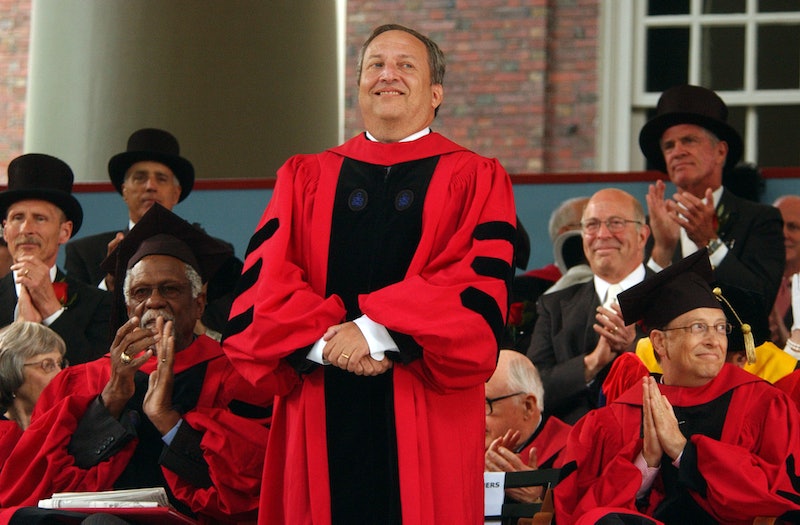 It’s nearly springtime, which means soon-to-be high school graduates will be opening their mail boxes with thick or thin envelopes revealing their futures in education. And as their respective colleges rank them on their accolades, so must those institutions be ranked; the ballots are in, and the list of the top ten universities worldwide has been cast. It will astonish absolutely no one that the top three went to Harvard, Cambridge, and Oxford. But on what grounds are they “the best?" Their job placement? The quality of their professors? The safety of their students?

Published by Times Higher Education, the World Reputation Rankings 2015 reportedly “employ the world's largest invitation-only academic opinion survey to provide the definitive list of the top 100 most powerful global university brands.” While based broadly on “subjective judgement,” they add the list is “the considered expert judgement of senior, published academics — the people best placed to know the most about excellence in our universities.”

But if we’re to judge these titans based on the quality of life afforded to their students in correlation with their academic offerings, surely their positions would be re-examined, would they not? Its topmost prize winner is nearly astounding following the recent release of documentary The Hunting Ground, which called into question the administrative handling of reported campus assaults, specifically for (but not limited to) women. One of its greatest offenders taken to task was, in fact, Harvard University.

Last year Bustle’s Lauren Barbato made a similar inquiry about the possible implications of ranking of universities in relation to assault statistics. “Of course, an Ivy League is an Ivy League, and most prospective students (and their parents) would have a tough time turning down Harvard, Yale or Princeton,” she wrote. “In the end, it may be the private institutions that are still climbing their way into the upper-echelon that will face the biggest reputation fall-outs and have to up their PR games.” As such, the quieting of these issues unfortunately continues.

The top ten are as follows: