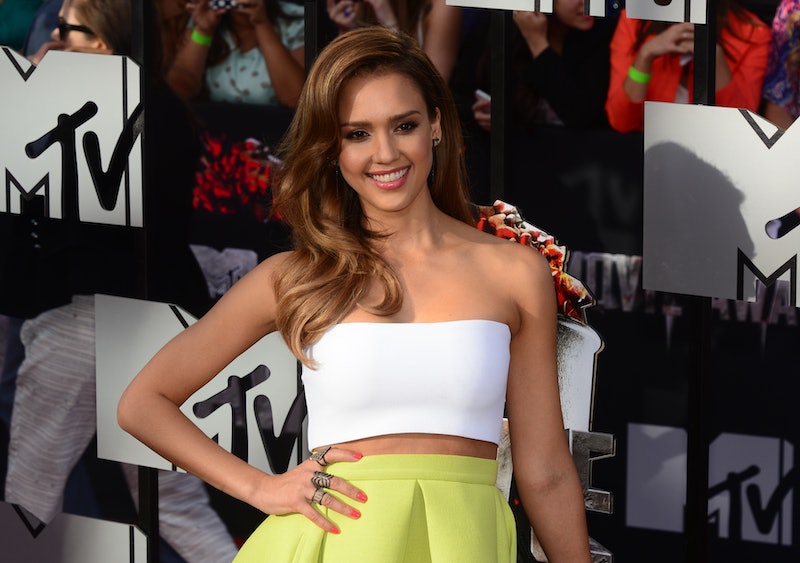 Most people would probably think twice about getting a haircut on Friday the 13th because of the risk that things could go awfully wrong. Well, one of Hollywood's most beautiful people just faced that silly superstition head on and we couldn't be more excited for how it turned out. On Friday night, Jessica Alba chopped off her hair and debuted a trendy bob that suddenly had everyone asking, "Kim who?"

The actress, mom, and Honest Co. CEO took some time from her busy schedule and pampered herself with a new 'do before the weekend. Even though Alba has experimented with different hair colors and styles in the past, she's been known to sport long, wavy locks throughout her career. She has gone for a sleek bob around 2005 and then a layered version in 2010, so it's probably right on her five year schedule to switch it up and go short once again — just in time for spring.

Alba debuted her bob on Instagram with the caption, "Uh oh someone chopped off her hair!" She also posed next to the man behind her new haircut, renowned stylist Giannandrea, who has worked with stars such as Drew Barrymore, Naomi Watts, and Chrissy Teigen.

Check out Jessica Alba's bob cut below and let us know what you think!