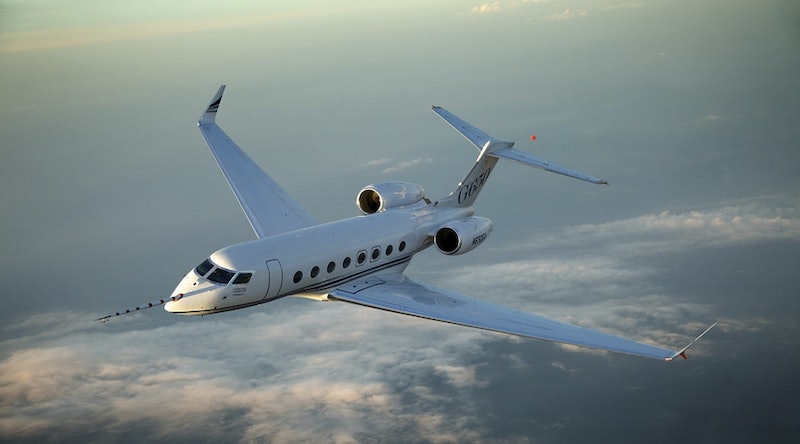 Flying commercial can suck— limited leg room, subpar food options, and baggage claim drama aren’t a great way to start out your vacation — but how else are you going to get around? Well, one man whose job includes traveling the world has come up with a way to avoid every flying on Delta again: Georgia-based Pastor Creflo Dollar is asking for a $65 million dollar private jet.

While anyone with common sense can see that this is a ridiculous request, Pastor Dollar claims that he needs a Gulfstream G650 jet to spread the gospel — something that could absolutely not be accomplished through other means of travel. Pastor Dollar is the founder of World Changers Church International, where he preaches “prosperity theology.” This theology is based in the belief that if followers give ten percent of their income to the church, they will increase their own material wealth. Apparently, one way that supporters of the ministry can get on God’s good side is by donating to Project G650, which is the church’s campaign to buy a new jet. The Project G650 campaign page, which has been taken down from the church’s site, asks 200,000 people to donate $300 or more.

So why, exactly, does Pastor Dollar need a Gulfstream G650 jet? The church’s current jet, purchased in 1999, has broken down. The World Changers Church needs to travel the world because, according to Gawker and the taken-down campaign, “believe it or not, there are still millions of people on this planet who have never heard of Jesus Christ and know nothing of His greatness." But before you assume that the church was simply making a misguided and rather greedy plea, consider this: The Root reports that Pastor Dollar is estimated to be worth around $27 million, while the average income in the neighborhood housing World Changers’ main church is only $29,640. And it’s not as if the Church couldn’t fly commercial or find a cheaper alternative option; it seems as though they simply don’t want. Instead, Pastor Dollar and the church are leaning on their relativity poor members to ensure that the Pastor’s travel is comfortable. Furthermore, according to the Boston Herald, Pastor Dollar can make up to $100,000 for a single speaking engagement. If he decided to contribute to the purchase of his own jet, he could raise the money in a little more than two months simply through these types of appearances.

In conclusion, this Pastor does not need one of nicest jets that money can buy, nor does he need the members of his church to pay for it. Their contributions to this project will likely not put them in God’s favor, and instead of insisting that members of his congregation pay for his lifestyle choices, Pastor Dollar should consider investing his wealth in his community.

More like this
You Can Stay At The 'Hocus Pocus' House On Airbnb
By Alexis Morillo
Craving The Beach? Here's Your Guide To A Solo Vacation In Turks & Caicos
By Alexis Morillo
Black Women's Equal Pay Day Highlights An Upsetting Problem
By Brandi Neal
The 5 Best Laptop Power Banks
By Vanessa Spilios
Get Even More From Bustle — Sign Up For The Newsletter