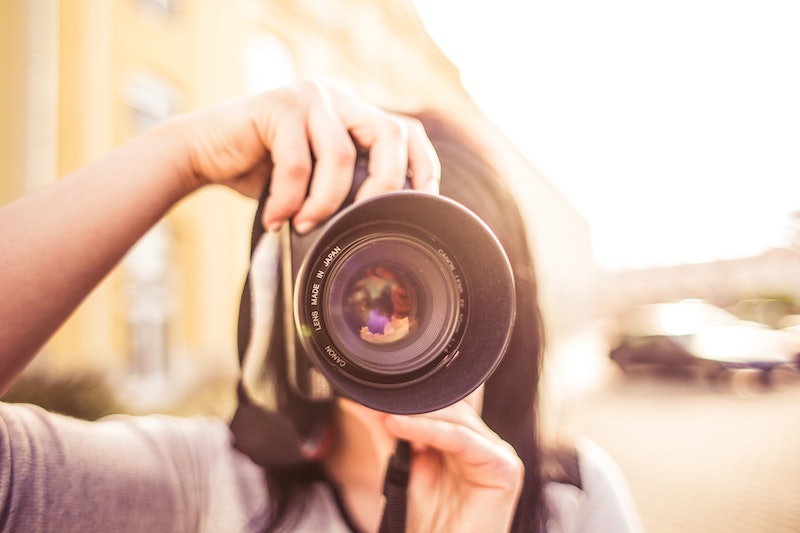 For photographer Hannah Price, the method for her latest series went something like this: “People catcall at me, and then I turn around and ask to take their photograph. Sometimes I ask, sometimes I don’t ask,” she told artblog radio. Price’s series is entitled City of Brotherly Love (you can see the entire gallery here) is composed of photographs of men in Philadelphia right after they harassed her on the street. For Price, the project is less about activism and more about understanding her experience in an urban environment. “It’s fun and it’s really hard,” Price said. “It’s really frustrating, mentally, to prepare myself for that, or just know it’s going to happen ... it happens every day.”

Price calls the catcalls “an inappropriate moment,” but does not expressly confront the men about their behavior. In fact, sometime they exchange numbers so that Price can continue photographing them. In an interview for Stockton Art Gallery, she said, “I don’t really look down on these men. I understand that I’m different in that my morals are different or whatnot, but I mean, the photography is a chance for us to have a relationship in another way that might not be of sexual interest. Just the collaboration of making a photograph, talking, being a human being, and talking to each other."

At the same time, Price realizes that there are gendered power dynamics at play when men catcall. For Price, Photographing these men is “definitely reversing the power from the male gaze, and bringing a gaze on them and their actions, and giving me all the power. Because the initial act is attraction — or the physical appearance of myself, so I’m just turning the camera on them, and reversing the whole situation,” she said in the interview.

Though Price may not think that her interactions with these men will “make them rethink catcalling,” the feminist organization Hollaback! is partly founded on the idea that women should photograph their street harassers in order to hold them accountable for their actions. They ask that women “change the power dynamic by flipping the lens off you and onto the harasser.”

According to the organization’s website, “‘non-contact unwanted sexual experiences’ including street harassment, are the most prevalent form of sexual violence for both men and women in the United States. Internationally, studies show that between 70-99 percent of women experience street harassment at some point during their lives.” Street harassment is more than ‘inappropriate’. It supports that idea that women’s bodies are public domain that men have the right to comment on, perpetuates an environment conducive to gender-based violence, and “is used to exert control over others by making them feel scared or uncomfortable.”

Though females are trained to simply ignore catcalls and treat them as culturally acceptable, they are rooted in the philosophy that men have the power in public spaces, and are allowed to assert their masculinity regardless of how uncomfortable this makes a woman. Street harassment is not about complimenting someone, it is about power, in the same exact way that rape is not about sex, but it is about power.

More like this
How To Politely Reject Someone Who Keeps Asking You Out
By Laken Howard and Lexi Inks
Black History Month UK’s 2022 Theme Calls For Action, Not Words
By Maxine Harrison
Chris Kaba's Family Continue Fight For Justice After Viewing Police Bodycam Footage
By Sophie McEvoy
Here’s Your Daily Horoscope For October 6, 2022
By Mecca Woods
Get Even More From Bustle — Sign Up For The Newsletter