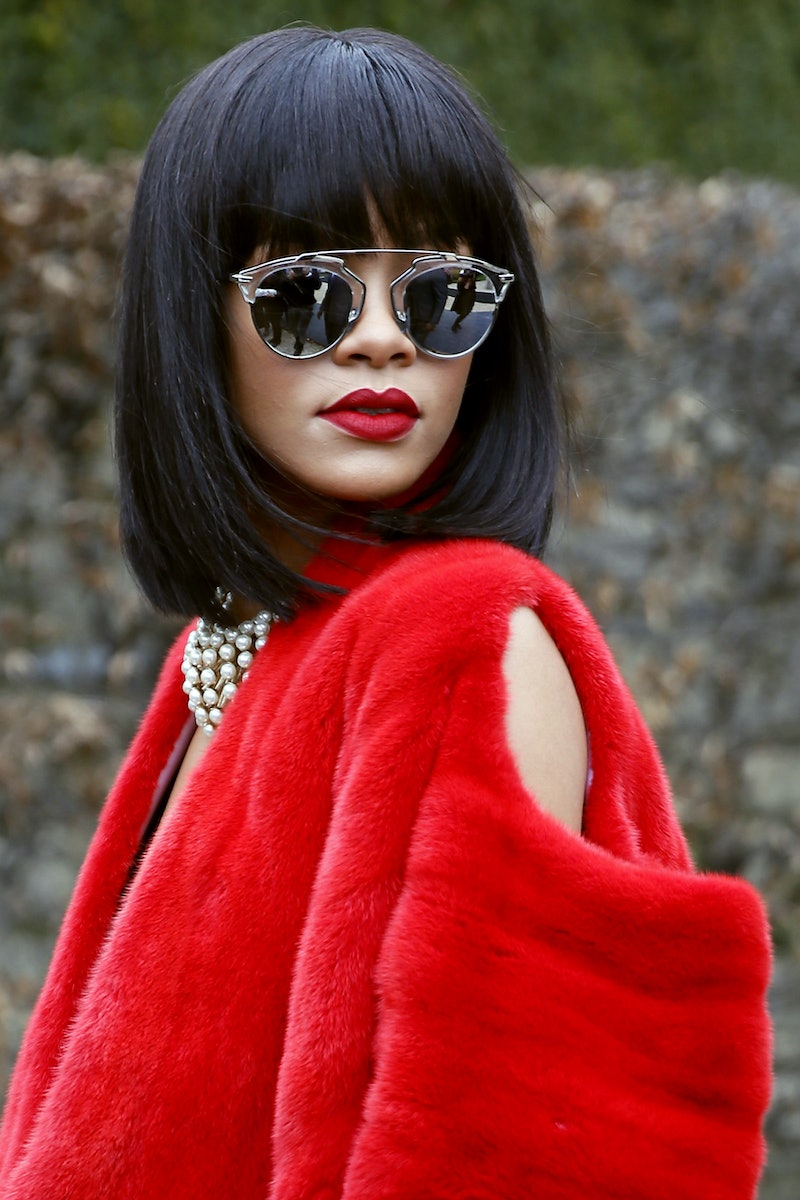 By now, news has circulated that Rihanna is the new face of Dior. Of course, the singer already has many accolades, but this one is major. Why? Because Rihanna is the first Black woman to represent the brand in history. Previous ambassadors include celebrities such as Charlize Theron and Jennifer Lawrence.

Rihanna has quickly become fashion's sweetheart, gaining recognition via the CFDA, scoring a creative director role at Puma, closing deals with MAC Cosmetics, and starring in campaigns for the likes of Balmain and Gucci. On top of that, she recently released her well-received single "FourFiveSeconds" with Paul McCartney and Kanye West and her new album is reportedly on the way.

Sitting atop these accomplishments, it's no surprise that the pop star has signed on to endorse one of the most influential design houses in fashion. However, due to the many eyes currently set on race relations everywhere in the United States, diversity and inclusivity is more important than ever. Here are the reasons why Rihanna x Dior is nothing short of groundbreaking.

Beverly Johnson became the first Black woman to grace the cover of American Vogue in 1975, ten years after a sketch of Donyale Luna was featured on the front of Harper's Bazaar . Supermodels such as Naomi Sims and Katiti Karonde followed suit, transforming the images of Black women in fashion and beauty.

2. The alleged location of the shoot has history

The palace of Versailles, where Rihanna's campaign for Dior, was the location of the Battle of Versailles fashion show in 1973, the first noted moment of diversity on the runway

American designers were pitted against French designers to raise money for the palace. Ten Black models participated in the show, thus sparking more inclusivity on international runways. Fashion critic Robin Givhan has just finished a book about the history-making show.

3. Now is an important time for examining diversity in fashion

In 2013 Bethann Hardison, along with her initiative, the Diversity Coalition, sent letters to fashion councils calling out design houses that weren't including women of color on the runways. Since then, models such as Iman, Liya Kebede, and more have joined Hardison in fighting for equal racial representation in the industry.

In its seasonal report, The Fashion Spot shows that runways are still lacking in racial representation, with 83 percent of model who walk in national fashion week shows being white. Furthermore, Harper's Bazaar didn't include any women of color on its covers in 2014.

5. Black women are seen as leaders in entertainment

And it's good to see Rihanna following suit!

More like this
Androgynous Formal Wear That Will Make You Feel *So* Fancy
By Megan Lasher
15% Pledge Director LaToya Williams-Belfort On The Impact Of Supporting Black Business
By Dominique Norman
Bustle Daily Newsletter: October 4, 2022
By Hayley Schueneman
Stormzy Made A Passionate Speech About The Importance Of Diversity
By El Hunt
Get Even More From Bustle — Sign Up For The Newsletter