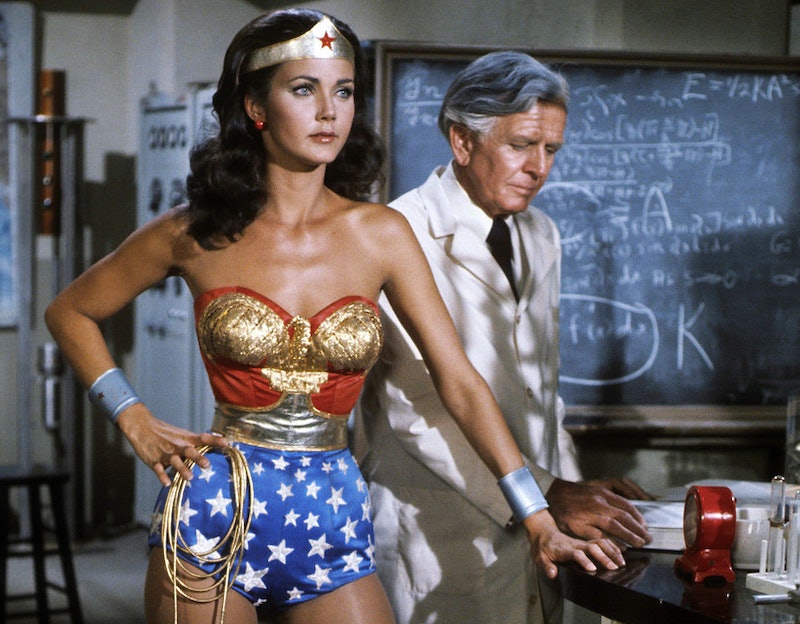 Nowadays it's almost (key word, almost) cool to embrace your inner nerd. Back in my day (said in a voice akin to that of Tom Waits), it definitely wasn't. I couldn't confess my love for Marvel or Smallville without being ridiculed and banished to the reject table. I couldn't invite my peers to the release of the latest Spiderman movie (the Toby Maguire ones, obviously), without having a cupcake thrown at my head. (You think I'm kidding? I am not kidding.) But 10 years later, I've embraced my love for superheroes and science fiction and have no qualms with admitting that I'm totally going to the midnight showing of Avengers: Age of Ultron with my 15-year-old brother come May. All this being said, the fact that sexism has long existed in the superhero world does not escape me. So when I heard news that a comic book giant like DC is giving Wonder Woman a makeover that is both feminist and practical, my ears began to tingle — my eyes began to brighten.

Since her first appearance in 1941, Wonder Woman has mainly sported her traditional stars-and-stripes-laden bodysuit. Paired with thigh-high boots and her prototypical headband, not much has ever been left to the imagination via W.W.'s ensembles. Don't get me wrong: I'm all for women dressing however they so please — no matter how revealed or concealed that may be. But realistically, the comic book world has always been (and still remains) primarily driven and run by men. Wonder Woman has worn an itty bitty jumpsuit because that's what the dudes behind her story have wanted her to wear. Not because a one-piece bodysuit is actually practical for, you know, fighting Amazonian baddies or kicking Axis Military Force ass.

In her new look designed for June's issue No. 41, we see Wonder Woman sporting long sleeves and pants! The makeover is nothing short of practical, employing function rather than overt sex appeal. Her silhouette is maintained thanks to her corset, but unlike past costume designs, W.W. actually looks like she's ready to go out into the world and tackle some villainy.

As the Mary Sue writer Sam Maggs notes, there might not be any kind of correlation between Wonder's new look and a more feminist character evolution (considering the comic books are still under the same creative management — a team that has arguably "taken the book down an incredibly sexist road"), but practicality is still something to be celebrated. Giving her a strong (albeit still traditionally sexy due to its form-fitting nature) ensemble reminds us that the character is more than just "that pretty girl in the patriotic swimsuit-looking thing." She has always had the potential to be badass, and now she has an outfit that will hopefully facilitate this even more.

More like this
Self Esteem's “F*cking Wizardry” Is An Anthem About Knowing Your Worth
By El Hunt
Women Around The World Are Cutting Their Hair In Solidarity With Mahsa Amini
By Darshita Goyal
How To Shop Your Favourite Celebrities’ Closets On Depop
By Darshita Goyal
The 50 Most Powerful Characters In The Marvel Universe, Ranked
By Johnny Brayson and Nola Pfau
Get Even More From Bustle — Sign Up For The Newsletter