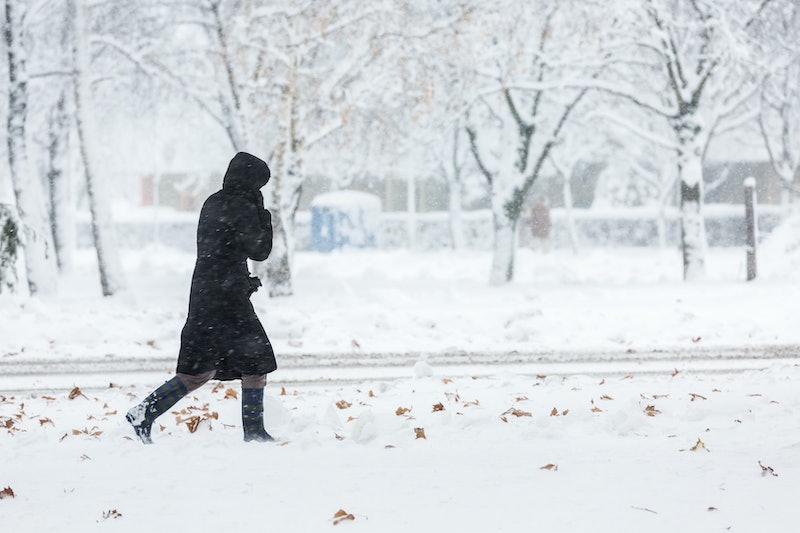 It's hard to imagine anyone literally dying of exposure, but it happens even in the contemporary, modern world. It makes sense that your odds of suffering greatly from a temperature drop would vary with age, or for those with already-compromised health. But some even weirder effect is at work here — cold weather kills Americans more often in the west, new research shows, and we don't know why.

The Centers for Disease Control crunched the numbers from the U.S. National Vital Statistics System, and found that people in cities die from cold less often than people in rural areas. This, at least, makes plenty of sense, because in a city you can typically find at least makeshift or partial shelter, like in a subway station or near a business establishment. Adjusted for age (so places with older populations don't seem deadlier for that reason), cities experience three to five deaths per million due to cold per year.

The answer might lie in temperature shifts that happen rapidly, and very large nighttime temperature shifts — common features of the western climate. These conditions mean that people become surprised by a newly-cold temperature, perhaps becoming stuck farther away from home than they intended and without the right gear. It also implies that people who were outside on purpose (for example, participating in winter sports in the genuine wilderness, which is also more of a western thing) are more vulnerable than they'd otherwise be.

But this explanation is somewhat speculative, and it would be hard to study scientifically. Other factors are probably complicating the observations, like different levels of alcoholism and drug usage, which have a differential effect on who becomes unsheltered in the first place and whose health can't tolerate it well either.

At the end of the day, though, this means that some of the coldest cities in America — Boston, Philadelphia, New York, Rochester, Buffalo — may be unpleasant, but they actually aren't that dangerous. Hypothermia is surprisingly poorly understood, but hopefully as scientists learn more about it we can prevent even this small amount of deaths. It sure sounds like an unpleasant way to go.