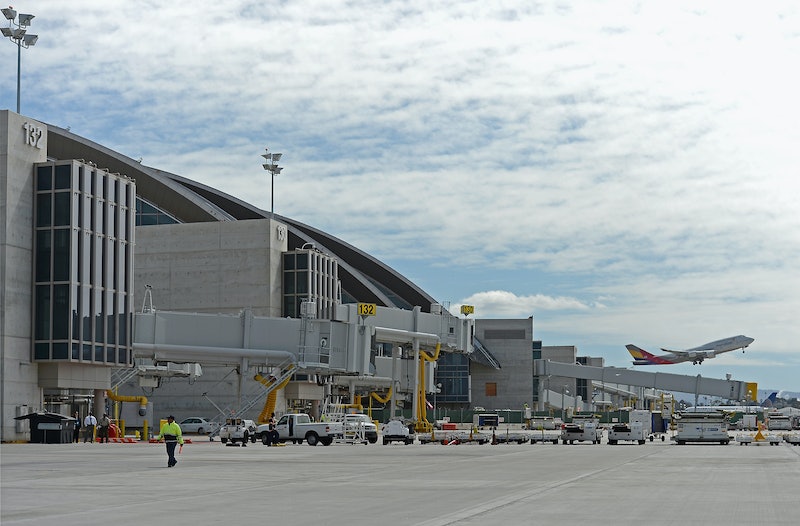 Looks like his protest prank bombed: A 28-year-old LAX employee was taken into custody Tuesday in connection with the spate of dry ice bombs planted and detonated in restricted (read: employees only) areas of the airport. The alleged culprit, Dicarlo Bennet, is being held on a charge of possession of or explosion of a destructive device near an aircraft.

Bennet works for the airport's ground crew, contracted through Servisair. Police contend he took dry ice from planes, put it in 20-oz plastic bottles, and then placed them in different areas — most notably a bathroom, where a bottle exploded Sunday night, and flights and security were held for several hours while the Los Angeles Police Department's bomb squad and the FBI were called in to investigate.

Investigators believe the bottles were related to an "internal labor dispute" because of the somewhat isolated locations, and because no civilians were targeted.

Although dry ice bombs are "relatively harmless," and only one exploded, investigators are looking to prosecute. Currently, Bennet's bail is set at $1 million.