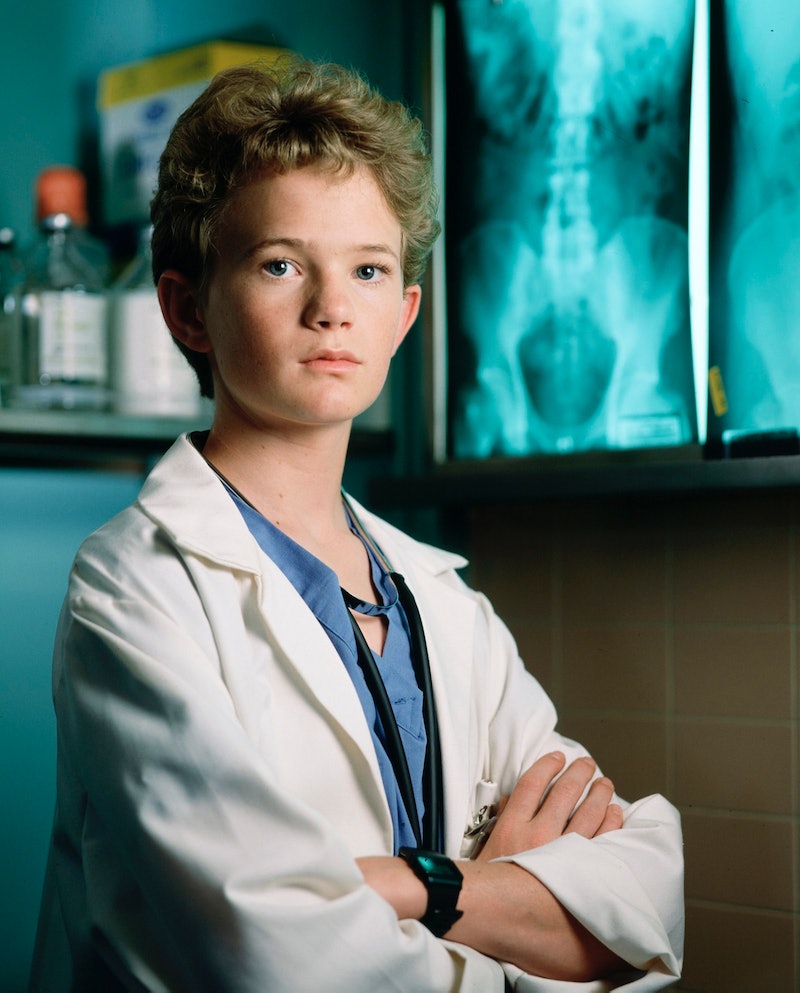 My academic past is a bit complicated, but here's the relevant part: I skipped a few years in school and started college at 16. I was supposed to begin attending college at 14, but the university, very sensibly, baulked at having a pupil who hadn't grown out of dollhouses mixing with beer-bonging undergrads. I attended college in Australia, where students typically live at home anyway, so making the jump from high school to college at 16 wasn't an out-and-out culture shock — it was more like a disconnect that surfaced occasionally, as if an electrical signal had blinked out.

Skipping a grade in middle or high school isn't terribly uncommon; but entering college several years early is an experience filled with anxiety, experience gaps, reassessments of academic worth, and feelings of isolation. And that's all on top of the usual anxieties and feelings of isolation the come with the territory of late adolescence. It can be tough out there for a baby genius.

I'm now 27 and a PhD, and the first years of my undergraduate life seem extremely distant — did I really wear a tie as a belt? Well, there are some things I can remember, at least. Here is what it was really like to be a college freshman at 16; the experience was both less special and more intriguing than you think.

This isn't a hard and fast rule: some kids who attend college early are so obviously years younger than their classmates that it's basically written on their faces in red ink. But for many of us, assimilation is the name of the game. I'm 5'10", and have been "passing" as two to three years older since I was an early teen. So when you're able to disguise yourself that well, the whole "16? Really?!" conversation becomes frustratingly common. Yes. Really.

2. You Have To Deal With A Lot Of Awkward And Offensive Comments

The revelation of your tender age can often make things either awkward (the word "jailbait" is one I never want to hear again) or plain offensive. No, I will not add six-digit numbers in my head for you. No, my mother did not play me Baby Mozart. Yes, I had friends in high school. Go away.

3. You Realize That Just Because You're Smart Doesn't Mean You're Mature

No matter how academically or intellectually advanced you are, when you're attending college at an early age, certain elements of your body and social development will always stubbornly remain tied to your biology. So many college-attending grade skippers have a bit of a split personality problem.

The impulsive, selfish, angry adolescent brain can play havoc with the more adult parts of life, like "relationships," or "handing things in on time," or "not talking back to academics because they'll kick you out of lectures."

4. You Are The Perpetually Sober Witness

I can't drink anyway, but going to college while I was several years below the legal drinking age made for a dampener on traditional college bonding practices. If us grade-skippers don't decide to do the underage drinking thing (and no judgement whatsoever on that front), we tend to be the token sober ones at the party: holding back hair, collecting bottles, and gently telling people to get off the roof and stop screaming about shots.

5. You Have To Adapt To No Longer Being The Smartest Person In The Room

Most kids who start college early were big fish in a the small pond of their high schools before they came to the academic ocean that is university, where they're one smart student among many. The adjustment can be hard on the self-esteem, but there's an opportunity for character development — and a bit of relief — to be found in no longer being anointed the Most Brilliant.

Being remarkable is rarely uncomplicated, and letting go of the need to be the smartest (something that many grade-skippers possess) is a lesson in humility and grace.

6. You Miss Out On Going Out

"I'm sorry, I can't come out. No, I don't actually have anything due: I'm not old enough to get into bars yet. Ask again in two years."

Being the sober person at a party is one thing; being unable to even go to the party because it's in a drinking-age-only establishment is another. You'll always be the one with the curfew, the parents coming to pick you up, and the under-18 bus pass home, long after everyone else has graduated to sophisticated cocktail bars and taxis.

7. You Stress Out About Fitting In

I have rarely met a grade skipper who actively trumpeted their tender age once they reached college. After a lifetime of sticking out like so many severely aching thumbs due to their academic precociousness, the predominant impulse becomes smoothing out one's edges and fitting in.

There are, of course, high-achieving kids out there who continue to shout their age from the rooftops, because it's what has made us "special" for so long; but for many of us, our grade-skipping habit is pushed to the back of the conversation, for fear that's all that people will see.

8. You Work To Seem As Old As Possible

Trying to look, act, speak and move in an "older" way around our classmates is a pretty common survival mechanism for those of us who skipped grades. Being embarrassed about a two year age gap may seem faintly ridiculous when you're nearing the end of your twenties, but in your late teens the gulfs between years are fairly pronounced, and people 24 months younger can really look and act it.

Some grade-skippers even take this to an extreme, and try to act older than all their college-aged peers — by dressing like "mature" ladies and men, in all tweed or business suits, or by exaggerating their syllables when speaking in order to drown out the slight juvenile timbre of their voices. We're masters of anthropological mimicry; David Attenborough would have a field day.

9. You Miss Out On Some Crucial Mistakes

One of the biggest annoyances about going to college at an achingly young age? Everybody else there seems to have already had a few of their Stupid Years in high school, and got them out of the way. Binge drinking, teenage rebellion, kissing inadvisable people: the usual junior-level stuff. Grade-skippers are often just growing into their Stupid Years in college, but everybody else has graduated to bigger, more serious mistakes, and doesn't want to sympathize or join in. (And if they do, they're condescending as hell.)

College has its own, more advanced Stupid Years — but it's a kind of stupid you may also be cut off from (for instance, if you're too young to fly to Mexico for the Spring Break where Liz threw up on a pineapple and Andy hijacked a boat). I haven't done nearly enough stupid sh*t in my life, not because I was too smart and responsible, but because I wasn't the right age at the right time.

10. Your Life Milestones Are Out Of Sync With Your Peers

The glory of celebrating an 18th birthday becomes significantly dampened if everyone around you looks at you with a jaded eye and go "Oh, yeah, I remember when that happened to me." Going through experiences as part of a peer group is something grade-skippers will never really experience.

The best you can hope for? Older friends who are prepared to enthusiastically celebrate your milestones with you, even if they got their drivers license/had their first drink/voted for the first time in the dusty, distant past.

11. You Become Obsessed With Catching Up

Many grade-skippers report this element from high school onwards, but it seems even more widespread in college, where the array of new experiences available feels endless. If everybody around you has had a serious relationship, had sex, gone on vacation on their own, danced around in clubs till dawn, and so on ad infinitum, the pressure to play catch-up can seem utterly immense. "I just want to lose my virginity, so I have something to talk about with my friends," a fellow grade-skipper lamented to me in an unguarded moment. She was 15 at the time.

It's a losing game. It's often only at the end of college, with the full spectrum of real life opening before you, that the breathless race to be "normal" can ease up.

12. You Try Not To Let It Define You Moving Forward

Once all the relevant legal milestones have been met, age becomes less and less important to your peers, which comes as a relief to many grade skippers. It gets tiresome to trying to constantly fit in with people older than you, to feel the gap between their life experiences and yours, to be treated as a surreal circus attraction or expected to do arithmetic tricks to impress party guests.

Adventures in adulthood become the next big focus, and a year or three here and here simply stop mattering. For those of us who cling to age as their defining feature, it's a hard awakening; but for those who are looking forward, it's a blessing all over.

More like this
The 19 Best Tweets & Memes About Bisexual Awareness Week
By Lexi Inks
3 Zodiac Signs Most Likely To Be The Center Of Attention
By Nina Kahn
This Psychological Effect Might Be Keeping You From Hitting Your Goals
By Lexi Inks
How To Communicate With A Scorpio, According To An Astrologer
By Nina Kahn
Get Even More From Bustle — Sign Up For The Newsletter