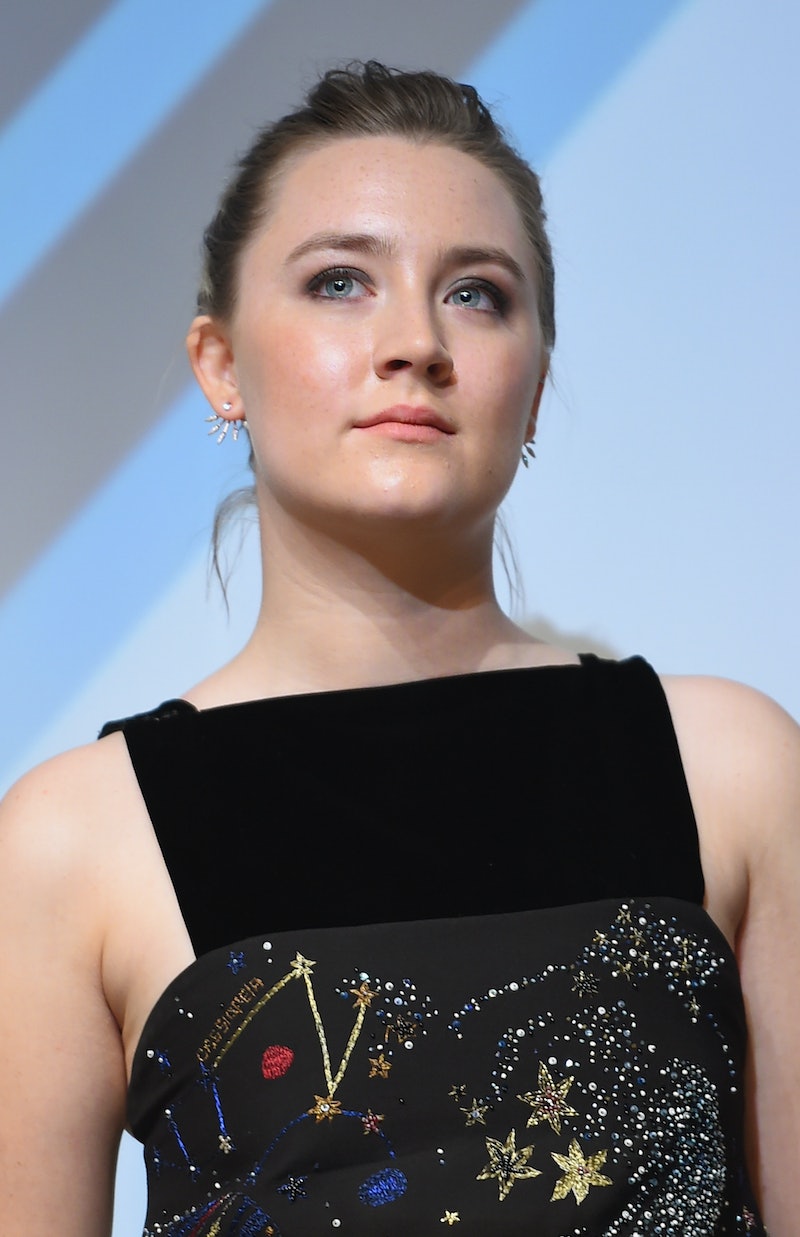 Is there anyone cooler or more fashionable than Saoirse Ronan? Nope! Like her often wonderfully-dressed characters (I'm still not over her adorable stint as Agatha in the Academy Award for Best Costume Design-winning The Grand Budapest Hotel — and we've still got her fabulously 50s-themed garb to look forward to in the upcoming Brooklyn ), Saoirse's got style street cred to spare... and her outfits from SXSW are no exception. She certainly dressed up for the Q&A for her new film Lost River (the directorial debut of Ryan Gosling, no less): She wore galaxy-inspired Valentino Spring 2015 Couture, and she looked absolutely to die for.

The dress came from a line of gorgeously quirky space-themed dresses from Valentino's most recent couture show, along with some equally gorgeous and quirky separates, and coats — some were mod with a delightfully 60s feel, while others were more ethereal (think Keira Knightley circa A Dangerous Method or Zooey Deschanel at the 2013 Oscars). Saoirse's dress was more on the mod side of things with a simple trapeze silhouette, though the galactical print kept things in the 21st century (and beyond!). She kept things fresh with a mostly natural look (with the exception of some high-impact eyes), an undone updo, and some strappy sandals — let's take a look:

And let's look at it from another angle, too (because the dress is that great):

A very auspicious start to what's sure to be a very fashionable year for Ms. Ronan, eh? Heck, she's already getting great reviews for Brooklyn (which isn't set to release until November of this year), so who know's what's next? Any way you cut it, here's to a dozen more outfits just as chic as this one!