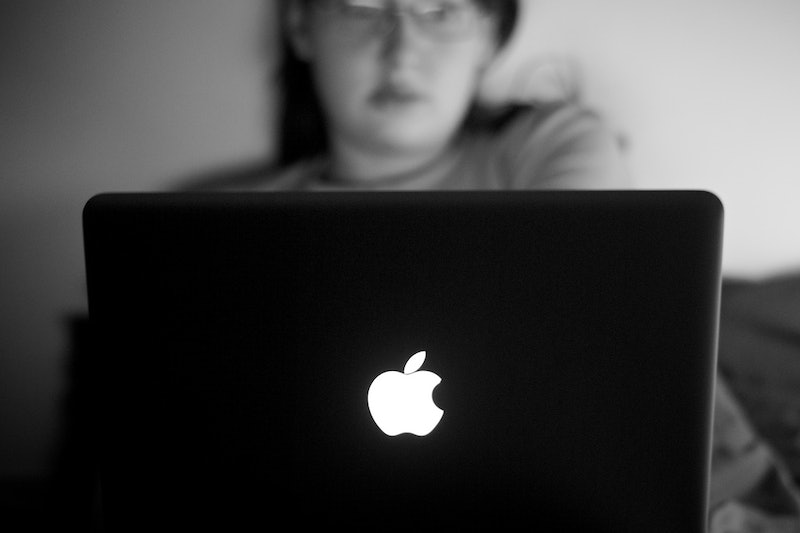 Early this week, two young girls were arrested in central Florida and charged with aggravated stalking in response to the high-profile September suicide of 12-year-old Rebecca Sedwick. The girls, aged 12 and 14, allegedly bullied Sedwick mercilessly over a variety of cyber platforms, and even physically beat her, along with up to 13 other girls who attended the same school. The felony charge doesn't directly blame the girls for Sedwick's suicide, but the county's sheriff, Grady Judd, implied as much; of the older girl when he explained her house arrest, he said: "We decided that, look, we can’t leave her out there. Who else is she going to torment? Who else is she going to harass?"

Sedwick's suicide has been spotlighted by concerned agencies, police officials, and the media alike, largely due to how inescapable Sedwick's situation must have seemed. Not even a teenager, she'd long faced intense and unrelenting bullying by up to 15 girls, who targeted her physically and mentally ("Are you dead yet?", "Why are you still alive?" read two of the messages) for months.

Anti-bullying advocates have called for stronger anti-bullying programs; harsher laws punishing cyber-bullying; and more effective parenting techniques. In particular, local police have placed emphasis on the role of one girls' parents, and are apparently considering slapping them with criminal charges — potentially for neglecting to hold their child, a minor, accountable for their behavior. Except, here's the problem with those calls: studies indicate adolescents don't often pay attention to legal penalties, are more influenced by their peers than their parents, and that anti-bullying programs may actually be making things worse in schools.

So, what could have been done to prevent a tragedy like Sedwick's suicide? When you're talking about cyber-bullying, it's a nearly impossible question to answer.

The distinction between cyber-bullying and physical bullying is that there's usually a physical end to bullying —it can end when you move away — but, as we saw with the equally high-profile Amanda Todd case, cyber stalking is near-impossible to escape, if attackers are committed enough. (Last October, Amanda Todd also committed suicide.)

According to reports, Sedwick's childhood best friend had been recruited by the gang of older bullies, and judging by the suicide cyber-notes she left, most of her friends were made online. Her mother contacted Sedwick's school and authorities changed Sedwick's class schedule, to no avail. Her mother eventually pulled Sedwick out of school, but the bullying didn't stop.

The arrest of the two Florida girls was prompted by a Facebook update posted by the 14-year-old Saturday. (Afterwards, she told police her Facebook account had been hacked.)

Sheriff Judd said of the message: "She forced this arrest today." An incensed Judd noted that they were investigating the culpability of the parents of both girls, and demanded at the conference:

I’m aggravated that the parents are not doing what parents should do: after she is questioned and involved in this, why does she even have a device? Parents, who instead of taking that device and smashing it into a thousand pieces in front of that child, say her account was hacked!

Sedwick's case has reignited the issue of cyber-bullying, which seems to grow as the Internet does, even though reports of bullying in schools has steadily decreased over the last decade. High-profile suicides as a response to bullying, like that of Phoebe Prince, Tyler Clementi, and Amanda Todd have marked a sharp rise in authorities demanding increased funding for anti-bullying programs.

Except, that doesn't seem to work. Longterm research has shown that schools that implement anti-bullying programs actually see more bullying. Of course, it may not be that the programs inspire a spike in bullying, but that schools with a higher incidence of the problem are more likely to implement it. Either way, the findings suggest that these programs might not be the most effective way to combat bullying.

But then, what is? According to Sheriff Judd, it's all about good parenting: "Watch what your children do online,” he instructed parents. “Pay attention. Quit being their best friend and be their best parent. That’s important.” Federal anti-bullying guidelines give the same advice. But after Sedwick's death, authorities showed her parents the variety of social apps she'd used, and had been "tormented" mother, who had previously removed Sedwick's Facebook page to cut down on the bullying, wasn't aware she'd been using any of them, or even what they were. The sites included Ask.fm and Kik.

A CNN review of the Sedwick case blames the apps in part, suggesting that teenagers use them on their phones and laptops to feel validated, and that their parents can't stop them because they aren't even aware they exist. "I had never even heard of them," Sedwick's mother told the New York Times. "I did go through her phone, but didn't even know."

The last recourse for the bullied and their families is the criminal justice system, which is set up to protect the defenseless when all else has failed. Forty-nine states have anti-bullying laws on their books, but when it comes to cyber-bullying, the criminal justice system hasn't yet adapted to punish those who do it — and how can they? As the 14-year-old in the Sedwick case illustrates, there's almost no way to prove that the sender of abusive messages wasn't "hacked," and First Amendment makes it near-impossible to convict anyone based on online verbal abuse. Just imagine the privacy concerns that would arise if a federal anti-bullying agency had the capability to sift through teenagers' messages in order to track down online bullies.

Even now, the criminal justice system hasn't been able to criminally charge the girls with Sedwick's suicide. Yes, they've been charged with a felony, but due to their age and the relative low-level degree of their charge in comparison to, say, manslaughter, they won't face much time in criminal detention, let alone jail time.

So what can be done to prevent future cases like Sedwick's? It's obviously hard to say. It's well-established that suicide is the product of more than one issue, and we'll never know what could have saved the 12-year-old from Florida. But there's no definitive evidence that any of the methods or programs that anti-bullying advocates are using Sedwick's case to push forward would have helped her. And that's the real tragedy here: that the young girl couldn't see a way out, and killed herself as a result. Clearly, there was no easy solution.