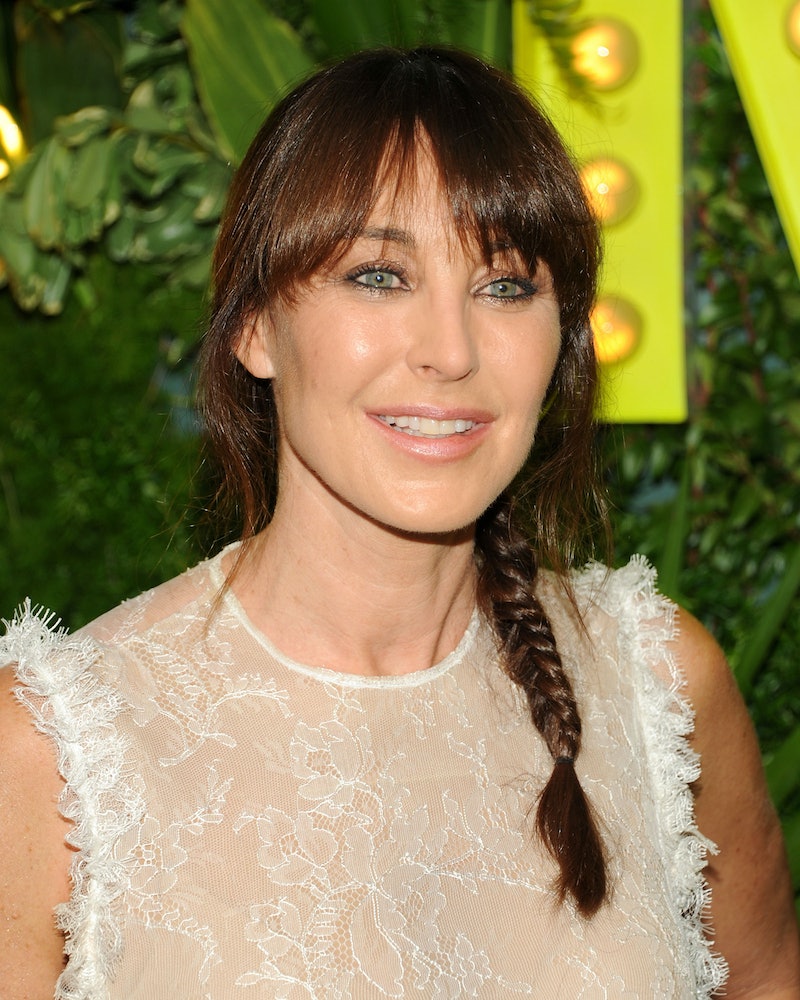 Talk about a power couple! For the past four years, one of the most prominent names in fashion has been in a relationship with a Hollywood power player. Now, the couple has finally made it official and they are ready to tie the knot. Jimmy Choo co-founder Tamara Mellon is engaged to talent agent Michael Ovitz. Even though the duo just announced their engagement this week, Ovitz actually proposed last December and presented Mellon with a stunning cushion cut diamond engagement ring.

“It wasn’t entirely out of the blue because he kept saying, ‘I’ve got something really important for you,'" Mellon says. "He first asked me to move in with him over a year ago, then I suppose he wanted to show his commitment.” The co-founder of luxury shoe and accessories line Jimmy Choo stepped down in 2011 and now runs her own clothing line. Mellon describes her eponymous brand as "a female-dominated company" that strongly supports women's rights, gender equality, and putting an end to sex trafficking. Ovitz co-founded CAA and later served as President of the Walt Disney Company from 1995 to 1997.

“Michael is very supportive and a great sounding board,” Mellon says. “He is so honest and very straight up — you don’t get anything wishy washy with him.” Both Mellon and Ovitz have previously been married and have a total of four children. With their impeccable taste and A-list friends, the couple's upcoming wedding will surely be one glitzy affair that will rival the Met Gala or the Oscars. But before they walk down the aisle, Mellon says their first priority is to build their New York home from the ground up.

"It's a long-term project — we're going to knock the whole building down and start again," she says. "We're really excited to have a project to work on together."

Click over to People.com for a peek at Tamara Mellon's engagement ring.