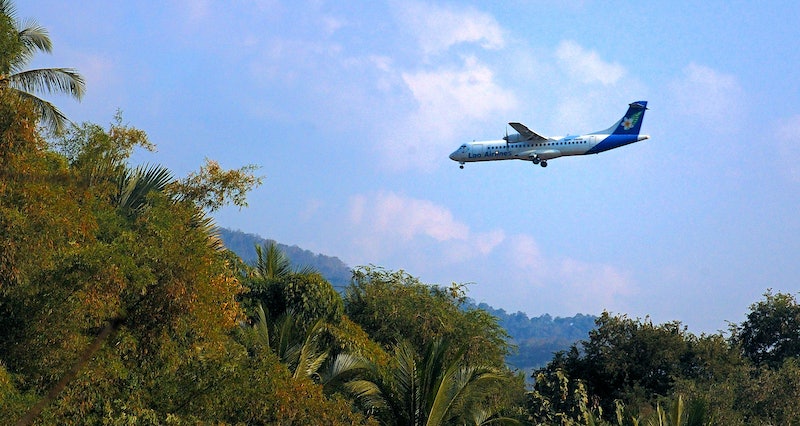 Caught in bad weather, Laos Airlines flight QV301 crashed Wednesday in Laos' Mekong River, five miles from its destination of Pakse. Although reports vary, between 44 and 47 crew members and passengers are reported to have died in the accident. There were no survivors.

"I can now confirm, according to our reports, that all 44 people on board have died, including five Thai," Thai foreign ministry spokesman Sek Wannamethee said.

The prop plane was travelling from Laos' capital, Vientiane, to Champasak's capital, Pakse — a common route for tourists traveling within the country, as Pakse is a starting point for more rural travels. It's thought the plane was caught in bad weather, including heavy rains, leftover from recent Typhoon Nari. Thai newspaper Thairath News reported earlier today that the plane could have exploded in midair.

Crash time is estimated at 4 p.m. local time, one hour and 45 minutes after depature from Vientiane.

An official from the Thai foreign ministry said several Thai were on the plane. Five Chinese nationals, three South Koreans, and seven French citizens were also on board.

A Chinese temple in Pakse has now become the base for emergency operations following the crash, according to a resident, who describes "chaotic scenes" of bodies being brought in. France is sending members of its embassy to the crash site.

Up until now, the small Lao Airlines fleet, numbering only 14 airplanes, has had a "checkered" safety record, with 29 incidents since the 1950s. The last fatal flight was in 2000 and killed eight when the plane crashed in Laos' mountains.