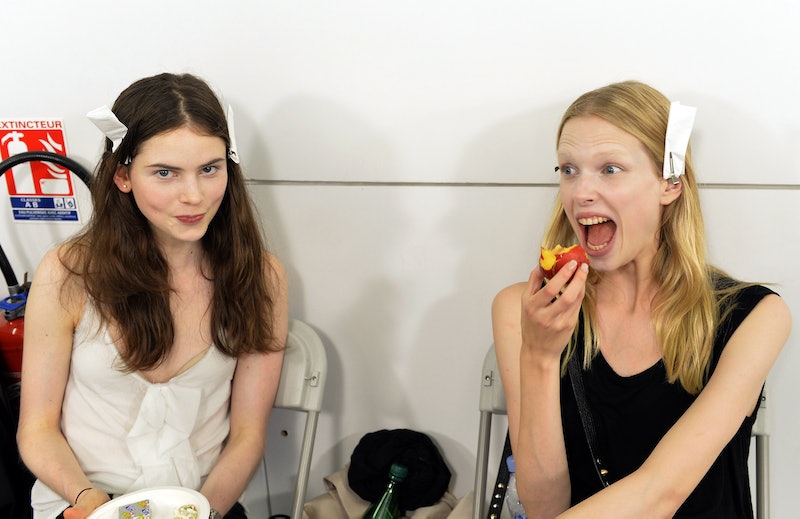 Well, this is pretty big fashion industry news: Along with Italy, Israel, and Spain, France might issue a law banning models who are too skinny, according to The Cut. Preach it, Europe!

The National Assembly is about to pass a health reform bill that bans models who are classified as underweight. So, in order to be a qualified model, you’re going to need to show a medical-issued document that you have a BMI of 18 or higher. And what’s even better is that one of the amendments adds in regular weight check-ups. If at any time the model becomes underweight, the penalty is 75,000 euros (or about $80,000), plus the possibility of getting six months behind bars. The terms might sound a bit harsh, but it seems that France is taking these matters (concerning their models' well-being) very, very seriously.

This bill is also going to have a section that calls out the pro-anorexia websites and other forms of public acceptance and approval of being stick skinny. If they get caught, then that’s an automatic 10,000 euro (about $10,000) fine or a year in jail. The bill will be presented to the National Assembly at the end of this month on March 31.

Seeing mega fashion-trendsetting countries like France and Italy take a stand against anorexia and the media’s glorification of unattainably skinny bodies is extremely refreshing. I hope that the United States follows suit soon. That said, vive la France! Can’t wait to see all the models workin' their healthy bods at next year’s Fashion Month!