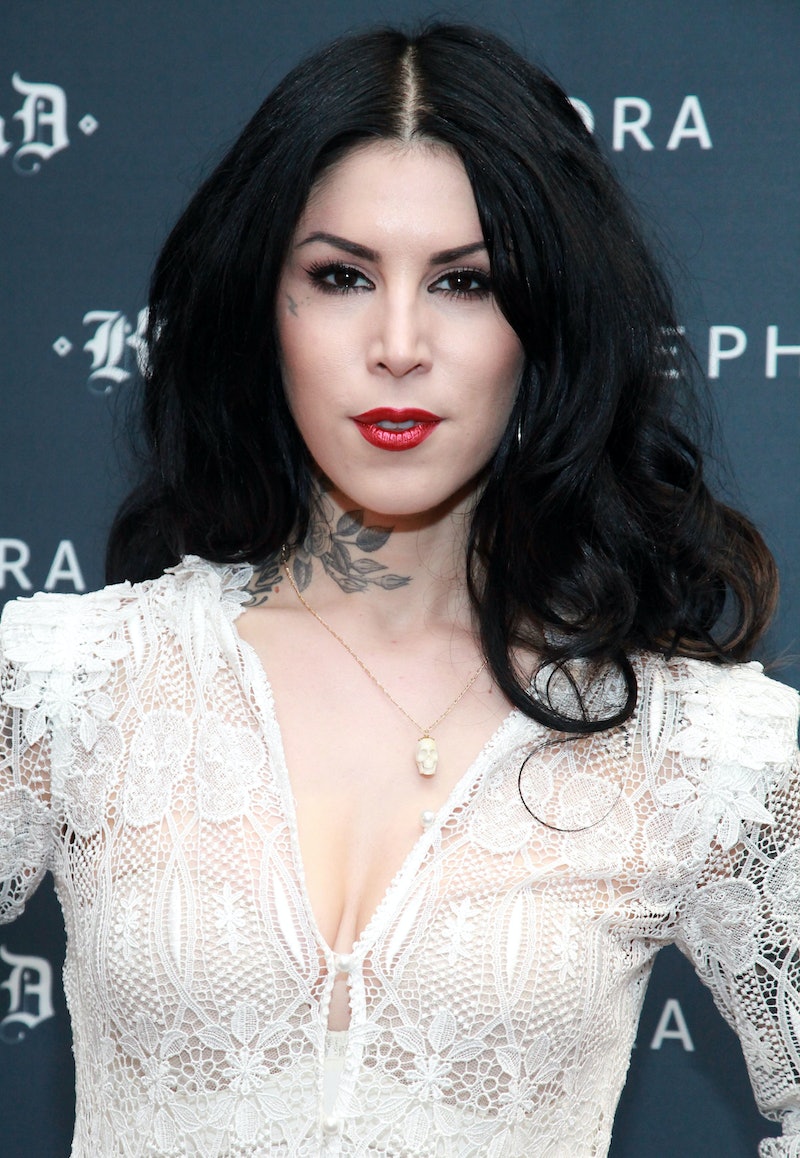 I've pretty much known I wanted to be a writer of some sort since I was in the fourth grade, but I had a pretty fun career path planned before that, too. I was going to be a makeup/nail polish/horse namer. (Yeah, the horse thing was kind of out of left field.) Here's one shade name I definitely don't think I would have come up with though, and that's probably for the best: Kat Von D has a lipstick called Underage Red, and the people of internet aren't happy.

It took me a hot second to realize why people would be upset about this name, even though I could tell that it was definitely not cool. According to Business Insider, people are offended that the name either implies that young girls wearing it are trying to be sexy, or that older women are trying to look younger.

While the beauty industry is full of brand missteps that seem a lot worse, Kat Von D didn't exactly respond the right way. Reportedly, she tweeted out, "At the end of the day, it's just a f***ing lipstick," and then deleted it. Now, that seems a touch defensive, doesn't it? Granted, MAC also has a lip color called Underage, but this is a pretty quick way to turn people off of your cosmetic line.

This isn't the first time Kat has gotten into trouble with her lipstick names. In 2012, she released a shade called Celebutard, and that I take offense to. That product's long gone now, but the controversy obviously didn't keep the folks over at Kat Von D's team from flirting with the lipstick-naming boundary.

Underage Red has been on Sephora shelves for about a year now, but we'll see if this new pressure forces the product out of stores. I know one thing's for sure: I will not be purchasing this lipstick either way, because I have no desire to go back to my younger days (except maybe to relive that makeup/nail polish/horse-naming dream.)