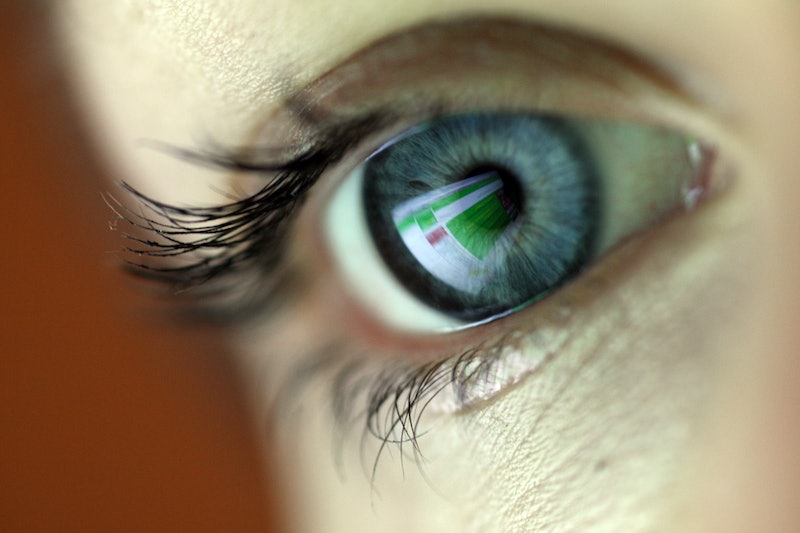 I'm not sure I am ready for this. Or maybe I am. But there's a fat-melting cream that will be available soon, according to Allure, albeit with some conditions. XAF5 sounds more like a fighter jet than a cosmetic product, but if it does what it says, it could make a lot of women aiming to get rid of under eye bags and the like incredibly happy.

XAF5 is a topical, fat-melting cream that will require a prescription in order to be dispensed and it aims to shrink the fat in the delicate and sometimes problematic under eye area… to start.

The company behind this product has a lot of future plans, as you'll soon learn.

According to the Allure report, when applied, the miracle cream will reduce fat in that particular area. Most fat-targeting procedures can be painful, extensive, and expensive, and require surgery, injections, lasers, or other tools in order to reduce the fat. This… doesn't. That in and of itself is an exciting notion.

Here's what we know about XAF5, which seriously sounds like a military operation or a classified document, right? It's a formula that is based in scientific research. It could perhaps take some of the focus away from invasive and problematic surgical procedures in favor of products, provided you use them correctly and for the long-term.

1. It's An Accidental Product Of Science

Much like all of those formerly trendy eyelash-growing serums, XAF5 is an accidental product of science. Glaucoma patients that participated in a test of eye pressure-reducing drops noticed that their treated eye regions were less full as a side effect.

Michael Singer and Murat Kalayoglu ran the study that had the accidental results and thus launched Topokine Therapeutics. They are PhDs and opthamologists, so it would stand to reason that they know what they are doing. They created the ointment with the same molecule present in the drops. The formula is said to be safe, so don't stress; Singer noted that fat is reduced without any effect on eye pressure. Still, it's an anxiety-inducing thought, since sight it such a precious sense.

Removing those fat-filled lower eye bags usually requires a surgery, known as "blepharoplasty," which is not that uncommon. Allure reports that over 206,000 procedures were performed last year. However, XAF5 is not an alternative to surgery; it's a complement, so said Singer. It doesn't seem that you can use the cream and eschew the surgery altogether to achieve the exact same result. I guess time and continued trials will tell if the results are cumulative or ongoing. It'd seem that the benefits would cease once you stop using the cream.

Here's how the tests shook out. A study with trial subjects aged 40 through 70 used the cream every night and noticed fat reduction in five weeks. After 10 weeks, 85 percent of the patients were "satisfied." FDA approval is not within reach, though. Allure reports that it could be as far away as 2018.

Under-the-chin fat will eventually be targeted, while the company is also working on something called TAT4, which is a gel that increases fat for cheeks, the neck, and other regions of the body that lose volume as we age.

Get rid of fat here but add fat there. It sends a mixed message, doesn't it? But Topokine is merely responding to the demands of the market and of society.

That said — would I try XAF5? I don't know. I wonder about the cost and pricing. However, I have tried all those lash solutions and my dental hygienist once said, "Wow, your lashes are so long," while cleaning my teeth. So it was noticeable and safe, but it took me a few minutes to dive in and do it.

I guess I'd probably try a fat-melting cream… carefully so, since you can't mess with the eye area. Would you?

More like this
15 Must-Have September Beauty Launches, According To Our Editors
By Rachel Lapidos
This Week’s New Makeup Releases & More Beauty Headlines
By Audrey Noble
Everything To Know About Daxxify, The Newest FDA-Approved Skin-Jectable
By Olivia Rose Ferreiro
13 Caffeine-Infused Eye Creams, Patches, & Serums For Puffy Under Eyes
By Olivia Rose Ferreiro
Get Even More From Bustle — Sign Up For The Newsletter