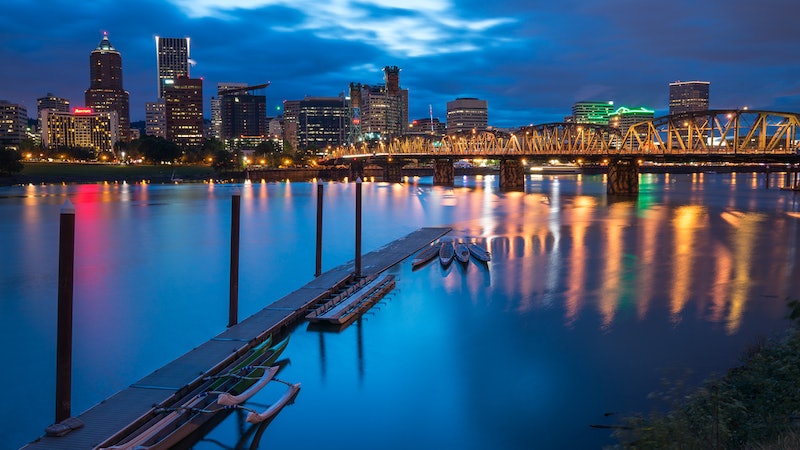 The economy may be improving, but it's still not great — and some places make it easier to stretch your dollar than others. Debt.com's ranking of the best and worst cities to save money in the U.S. helps demystify the whole thing, though, offering data on 100 cities all over the country. True, there aren't a whole lot of surprises — but it's useful information all the same.

Debt.com got their inspiration from GoBankingRates, who also recently ranked the best and worst cities for money. However, when Debt.com realized that some of the information used to calculate GoBankingRates' was several years old — from 2012 — they decided to give the whole thing a go themselves with the most recent data they could find. The numbers used here come from the prices of gas at the end of February as cited by GasBuddy, Zillow's January 2015 home and rent rates, the unemployment rates in December 2014 according to the Bureau of Labor Statistics, and Census Bureau's info on the 2013 median income and population.

Perhaps unsurprisingly, the Northeast is one of the worst places for your savings account — but even cities like Boston pale in comparison to the West Coast. California takes nine — nine! — of the bottom 10 slots. The same is true of the GoBankingRates listing, although a few of the cities are different and the one outlier (guess which Northeast city it is?) ranks a little less poorly. Still, though: It seems that if you want to be able to do more than live paycheck to paycheck, you'll need to start looking towards the center of the country. The Midwest may not be as desirable as places like LA and San Francisco, but it's a heck of a lot more affordable.

Let's start with some good news — the top five cities in the U.S. according to Debt.com that will help your bank account, rather than hinder it:

Given that we learned on Friday that the state of Alaska will actually pay you to live there, I'm not at all surprised to see Anchorage take the top slot. On top of the fact that residents of the state are entitled to $1,800 in cash every year, its median income is also high (over $77,000) and there's no sales tax. The average resident is apparently only 32 years old, too.

For some reason I expected Portland to be much more expensive than this. Shows how much I know, right? In any event, like Alaska, it has no sales tax; the median income isn't quite as high, but the rent is lower to balance it out. It's also (as you may know) incredibly bike-friendly, which likely helps cut down on transportation costs. Notably, it's the only city on the West Coast to rank as one of the best places to save, rather than the worst.

I know very little about Boise, but apparently it offers all the benefits of a major metro area — culture, restaurants and dining, access to outdoor spaces — at a much lower price point. They're not kidding about those outdoor spaces, by the way; fully half of TripAdvisor's list of top 30 things to do in Boise take place outdoors (botanical garden trip, anyone?).

Livability.com ranked Madison as the number one place to live in the U.S. this year, citing its “affordable housing, great schools, excellent health care, and a wide range of recreational activities and entertainment options” as its reasons. It's also both a capitol city and “hip college town,” so do with that what you will.

Nebraska may not sound like the most exciting of places (to people who don't already live there, at least), but Lincoln is extremely wallet-friendly: The rents, unemployment rates, and gas prices are all low, and you can get a ton of bang for your buck if you want to own some property. Well played, Lincoln.

And now for the bad news:

Is anyone surprised to see LA taking the title of Absolute Worst Places to Save Money in the U.S? Because I'm not. Not in the slightest. I mean, LA has its perks — but according to GoBankingRates, it's actually more expensive to own a home in LA than to rent one, which has resulted in “a full-blown rental crisis in many areas.” Yikes.

...But then again, New York isn't really much better. GoBankingRates ranked it as number four, so in the past three years, it's apparently gotten even more difficult to save if you live in the Big Apple. The median income is $52,259 (although ever got anywhere near that figuring during the 10 years I lived there) and the median rent is $2,209, which means a little under half your pre-tax monthly salary goes to rent alone. It's painful.

The median rent in San Francisco is a mind-number $4,021. Good gravy. It's dropped two slots since 2012, though — GoBankingRates scored it as the worst city for saving — so at least there's that. Or something.

Long Beach might be a nice place to visit, but it's a really expensive place to live — and unemployment is at nine percent. The price of gas is also monstrously expensive, topping out at $3.40 a gallon as of the end of February 2015. Given the car culture of California… well, let's just say it adds up reeeeeeeally quickly.

Apparently San Francisco's more affordable counterpart isn't that much more affordable. At least the rent is still a heck of a lot cheaper — the median is $2,412. Since Oakland was, at one point, “the next SF,” I wonder where “the next Oakland” will be?

Head on over to Debt.com to see the full list, along with a neat-o interactive map — and if you're curious, check out GoBankingRates for the ranking that inspired this one.

More like this
Craving The Beach? Here's Your Guide To A Solo Vacation In Turks & Caicos
By Alexis Morillo
Black Women's Equal Pay Day Highlights An Upsetting Problem
By Brandi Neal
Think Your Partner Is Cheating? These Tarot Cards May Confirm Your Suspicions
By Kristine Fellizar
The 5 Best Laptop Power Banks
By Vanessa Spilios
Get Even More From Bustle — Sign Up For The Newsletter