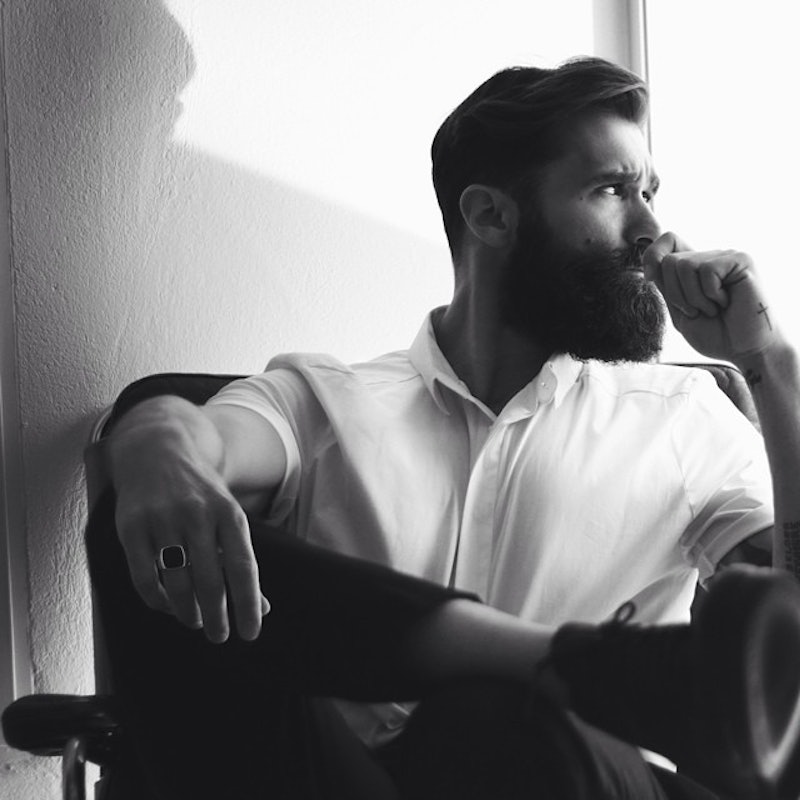 I’ve got some bad news for men who love their beards and everyone who loves men with beards: beards are pretty much hotbeds for bacteria. I'm not much of a fan of beards, and this pretty much solidifies my stance on that. I was momentarily swayed by the recent appearance of the Colbeard, but after learning this unhygienic factoid about beards, I've remained solid in my desire not to have a #BeardedBae. But I know how much people love beards (there's even a dating site for men with beards) so I can only imagine how hard this news must be for beard growers and beard lovers.

Carol Walker, a consultant trichologist at the Birmingham Trichiology Centre, told The Daily Mail that beards, due to the coarser texture of the hair, could lead to infections and the spreading of germs.

“The cuticles of the hair — which are like layers of tile on a roof — trap the germs and grease,” Walker told the Mail.

According to Walker, beards basically act as insulators: “If it’s in the fold under the chin, the skin can be angry and red where they’ve sweated and the hair has trapped the dirt and bacteria.”

Walker’s sentiments aren’t all that new. They echo a 1967 study conducted by Manuel S. Barbeito, Charles T. Mathews, and Larry A. Taylor on whether bearded men can transfer infections to their family members and friends while working in laboratory. For the study, men grew beards over the course of 73 days, sprayed the beards with solutions of non-infectious bacteria, and then let the solutions sit in the beards for either 30 minutes or 6 hours before washing them and swabbing them for remaining bacteria.

The study found that although washing the beards reduced the amount of bacteria in them, there were still enough bacteria left to spread disease.

Which is understandable considering the location of beards and mustaches. Mustaches are located in what is basically a breeding ground between the nostrils and the mouth and beards surround the mouth. Not only are those the perfect locations for catching and harboring bacteria, but it’s also perfect for spreading bacteria through kisses.

That’s not the mention that men seem to have a habit of stroking their beards, which means they're transferring even more bacteria from their hands to their beards. And then there's the problem of food crumbs and particles getting stuck in beards too, potentially attracting more bacteria if they're not washed out.

However, the Mail also spoke with Professor Hugh Pennington, a professor of bacteriology at the University of Aberdeen, and he stated that beards are just as hygienic as clean-shaven faces.

“It’s the same bacteria that’s on your skin. It’s not problematic and it’s not a health risk.”

That could be the case, but in a 2012 look into the unhygienic nature of mustaches, Dick Zoutman, professor of microbiology and infectious disease at Queen’s University, told CBS News that not all bacteria in facial hair is harmless.

“Some of the staphylococci can be the disease-producing kind — and different fungi, in particularly things that cause skin fungal infections and such.”

Basically: men, if you insist on having beards, please wash them – frequently and thoroughly.