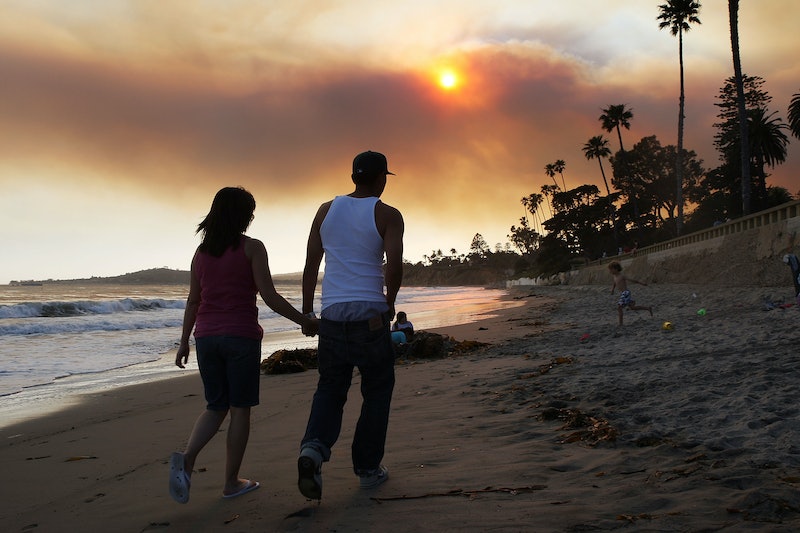 So I’ve seen a lot of disappointing crowdfunding projects, but this — Azel Prather Jr.’s successful GoFundMe to raise money to “chaperone” his girlfriend on her spring break trip – has got to be the most disappointing and worrisome. On the one hand I’m thinking (hoping) the entire campaign was a joke and just a way to get people to crowdfund his spring break trip without him having to pay for it. I would be able to leave that shameless hustle alone if this GoFundMe wasn’t appealing to a commonly expressed mistrust of women.

The entire language of Prather’s GoFundMe campaign insinuates that his girlfriend will cheat on him while she’s in Miami on spring break with her friends if he’s not there to “chaperone” her and watch her every move. This is basically the kind of language I see whenever some random "relationship expert" gets on twitter to talk about how “females” can’t be trusted, let alone respected as independent human beings. The campaign is called “Save My Relationship,” because obviously if your girlfriend goes to a beach town to spend time with her friends, it’s a clear sign that your relationship is in danger because she can't be trusted.

In his campaign updates and instagram posts, Prather doesn’t ever blatantly say she’s going to cheat on him, but in his second update on the GoFundMe, he tells the “fellas” that because her bathing suit picture received hundreds of likes, things are in the “danger zone.”

Confidence rises and she'll remember the time I went out with my friends instead of her. The sun being out and the tan on her beautiful skin doesn't help the situation. If you could find it in your heart to help me save my relationship I would truly appreciate it. Next thing you know her charger might break! Help me please! Fighting for love here

So if a woman gains more confidence in herself, she's going to cheat? Help me out with that logic because I find it extremely insulting. But then this is a very public campaign suggesting that a woman will cheat as soon as she's away from her boyfriend - of course it's insulting! Even if he was joking (once again, I’m being hopeful), Prather’s only contributing to the spread of the sexist notion that women need to be controlled. This is clear in some of the responses that he’s received on his campaign page – a page that I’d like to point out is currently overfunded with $345 to the asked for $300.

One supporter stated that they would “hate for her to go out there nd [sic] get slutted out & you lose your relationship.”

“STALK HER BRO,” posted another supporter.

It looks like Prather succeeded in doing just that.

More like this
Craving The Beach? Here's Your Guide To A Solo Vacation In Turks & Caicos
By Alexis Morillo
How To Politely Reject Someone Who Keeps Asking You Out
By Laken Howard and Lexi Inks
Black Women's Equal Pay Day Highlights An Upsetting Problem
By Brandi Neal
10 Ways To Be More Empathetic To Your Partner
By Raven Ishak and Lexi Inks
Get Even More From Bustle — Sign Up For The Newsletter