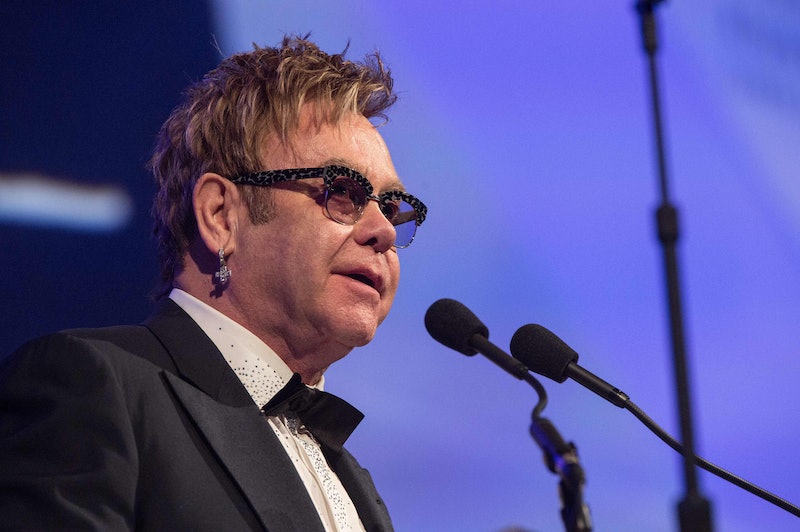 Following some questionable comments from Domenico Dolce and Stefano Gabbana about in vitro fertilization (IVF) last week, Elton John issued a call to arms that resulted in hashtag boycotting over on Twitter by celebrities and laypeople alike. But not all things are as they appear, because recent photographs show Elton John carrying a Dolce & Gabbana bag in LA a mere days after the drama unfolded. While everyone would like to assume this is some sort of mistake or a misguided ploy at profiting from slander, if the photos are indeed authentic then the songwriter has some explaining to do.

“Sir Elton John has been seen carrying a Dolce & Gabbana shopping bag just a day after he claimed to be boycotting the fashion label because its founders called babies born with IVF 'synthetic,’” reports the Daily Mail. “The singer was pictured yesterday entering a recording studio in Los Angeles with a bag from one of the designers' stores, with the name of the label written in gold on the side.”

“How dare you refer to my beautiful children as ‘synthetic,’” Elton John said in an Instagram post a mere three days ago. “And shame on you for wagging your judgemental little fingers at IVF - a miracle that has allowed legions of loving people, both straight and gay, to fulfill their dream of having children. Your archaic thinking is out of step with the times, just like your fashions. I shall never wear Dolce and Gabbana ever again.”

So what gives? According to the Independent, Elton John’s publicist Gary Farrow claims the photos are from long before the fallout, and he claims photoshopped. “He was carrying a black briefcase,” Farrow reportedly said of the image. A fair enough response, as it doesn’t stand to reason that someone so deeply affected by the comments made by Gabbana and Dolce would sport any association with the label following his #BoycottDolceGabanna campaign.

Can we get a photo manipulation expert on this, please?