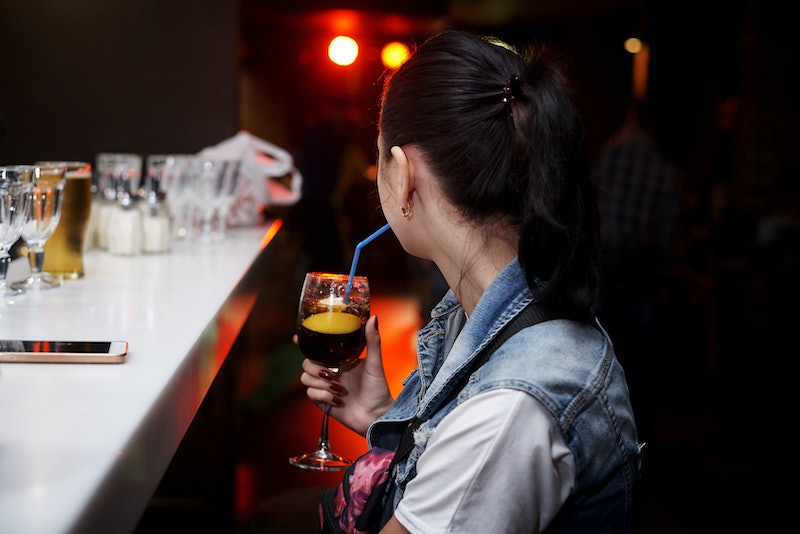 Of all the things you can do to someone you've dated, ghosting probably isn't the worst… but it's kind of obnoxious all the same. But what happens when you go right out and ask the people who have ghosted you why they did it? Artist and filmmaker Molly Teitelbaum decided to find out — and the results are perhaps unsurprising, but still enlightening. She caught them on camera, too, so let's go be a fly on the wall for a moment, shall we?

Teitelbaum, who wrote about the experience on Mic, only got in touch with two of her former ghosts; as such, we have to take it as a social experiment, not a scientific one. Even so, though, it's still worth examining: We may not be able to draw wide-reaching conclusions from it, but it does begin to answer the question of why people ghost. In short, it can happen for a lot of reasons; we may figure them out eventually, or we may not. But regardless as to the outcome, we just have to accept the fact that there's loads we don't know, and what's more, never will know. Uncertainty is a part of life.

First, a definition: “Ghosting” usually refers to the act of going on a date (or two, or three, or even a bunch) with someone… and then suddenly just ceasing communication with them. When you do this to someone else, you're the one doing the ghosting; when someone else does it to you, you're being ghosted. According to Urban Dictionary, the term can also refer to disappearing on your friends or canceling plans with little or no notice — but it's most frequently deployed with relation to dating. In some ways, it makes the whole thing sound much more romantic than it is; still, though, there's something about the idea of being haunted by the lack of closure that makes the word “ghost” more appropriate than anything else.

Teitelbaum borrowed a friend's phone so her ghosts wouldn't know she was the one calling them; she also enlisted that same friend to video the phone calls as they happened. Here's what each ghost gave as a reason for their ghosting:

He never called back. Did he use the roaming thing as an excuse to get out of an uncomfortable conversation? Or does he just have a shitty memory (which might explain why he ghosted in the first place)? Alas, we'll never know.

Ghost Two: “You caught me in the midst of an on-again, off-again three-year relationship.”

Shortly after their date, he ran into the other half of his on-again, off-again pair… and they kinda sorta got back together for a while. At least he owned up to when she called him on it even now, though; he admitted that it was “shitty,” he apologized for it, and he told her that he really should have called her.

Teitelbaum concluded that yes, calling out your ghosts on their behavior is “as vindicating as you'd imagine.” Beyond that, though, she realized that she'd fallen into a trap — the trap of waiting for the other person to make the first move, rather than just going ahead and taking it herself. Whether or not that trap is a result of gender roles having been foisted upon us from an early age or whether it's got more to do with each person's individual personality remains to be seen; I suspect that gender roles play into it at least a little bit, which ultimately serves as more proof of how insidious they are.

For most of us, though, it's likely a combination of gender roles and personality — but you know what? The act of calling up those two guys even after all this time reminded Teitelbaum not only of how easily we fall prey to that trap, but also — as no-duh as it may sound — that we're the only ones who can prevent ourselves from falling into it in the first place. It's not a mind-blowing revelation, but sometimes we need to remind ourselves of even the most idiotically simple concepts. In this case, it's this: Making the first move is hard, but that's no excuse not to do it.

I'd be interested to see what happens when more people confront their ghosts, and in a wider range of orientations and arrangements. Do we all do this? Or just some people? What's the common thread between those who ghost and those who don't — if there's even a common thread at all? Like most social experiments, this one brings up more questions than answers — but maybe if we start asking those questions, the answers will come.