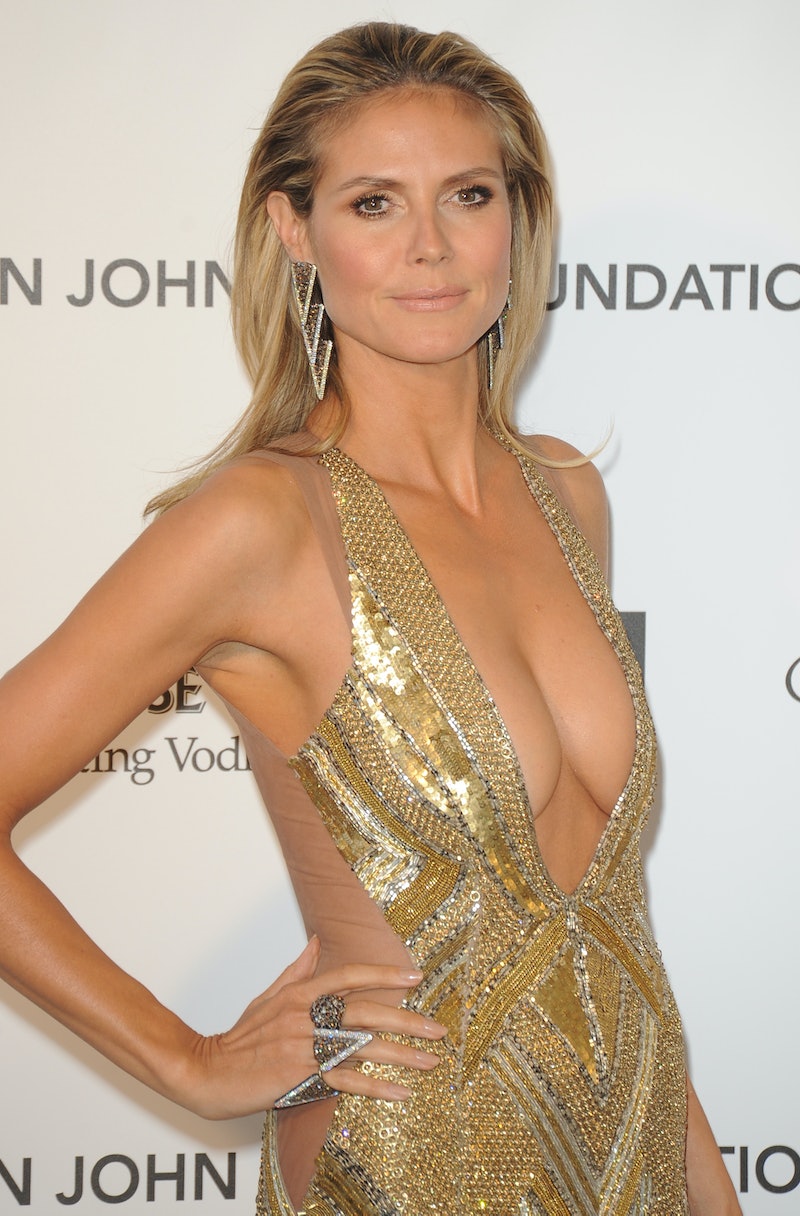 A trio of women will possibly say "Auf Wiedersehen" to their modeling careers after a photo they appeared in managed to piss off one of the world's most famous and successful supermodels. While on a trip to London to promote her eponymous line of intimates, Heidi Klum discovered that a group of models posed in front of Buckingham Palace wearing lingerie from her own line. The stunt did not go well with the Project Runway host, who took to her Instagram to put the three models on blast.

“Nearly fell of my chair when I saw this," Klum said. "Who did this??? Not me!!!" She then added the hashtag #NotCool along with the photo of the three unnamed offenders, which she posted on March 15. The German-born model was in a much better mood the following day after she visited Selfridges department store in London to promote the Heidi Klum Intimates collection.

Klum launched her lingerie line earlier this year with Bendon after the company parted ways with another model-turned-entrepreneur Elle Macpherson. The line has since become more famous, thanks to the bra that helped Olivia Pope escape her captors on an episode of ABC's Scandal.

Check out the photo of the models wearing underwear from Heidi Klum's line outside Buckingham Palace. Do you think their photoshoot is just for fun or #NotCool?