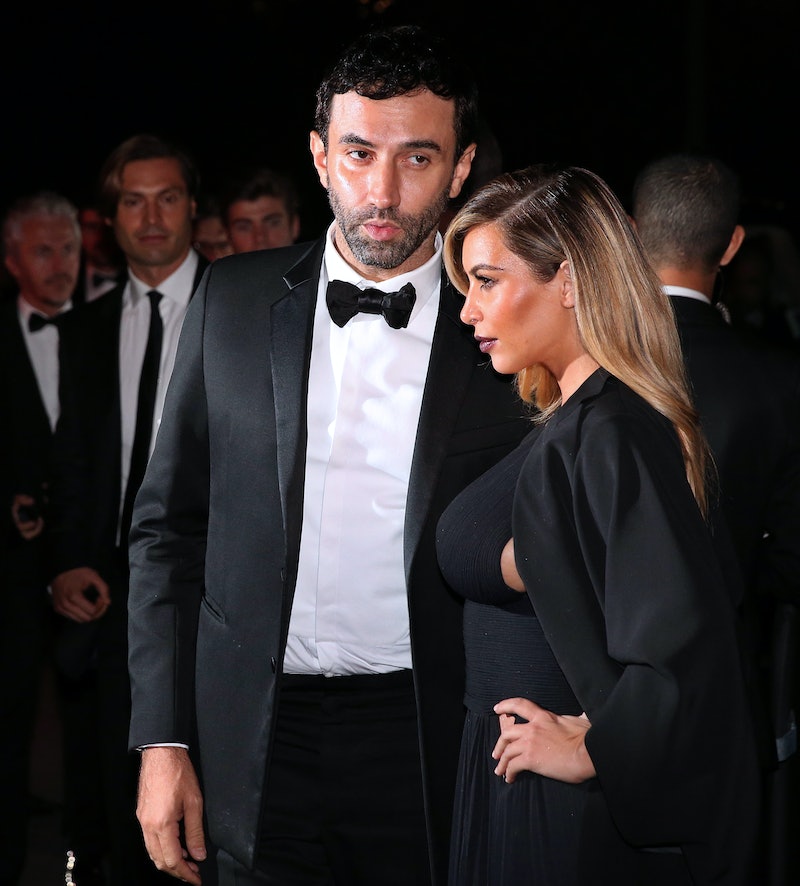 Givenchy's inimitable Riccardo Tisci is Kim Kardashian's fashion BFF. He dresses the reality star and her hubby Kanye West, to mixed results at times, but his association with Kimye has certainly increased his stature, at least in pop culture. He did admit that it was risky for him to dress Kim Kardashian, but it was worth it. Even if Tisci wasn't so firmly aligned with the Wests, he'd still be fully adored for his work, which stands on its own. Riccardo Tisci revealed the secrets of dressing of both males and females, explained why gender-bending fashion works, and shared who he imagines the Givenchy man to be.

Tisci spilled a lot of fascinating details about designing in his WWD chat and it's as though he pulled back his scalp and let us see into his brain (sorry, too much?)! But I admit, it felt like everything he said could have been applied to Kimye. It was as though he was speaking about the couple, who we know both really, really care about fashion.

Tisci began designing for men in 2008 and was initially apprehensive, but now the category counts for half of Givenchy's biz, so he's obviously doing something very right.

Here are the three key things he said, which could have veritably been about Mr. and Mrs. West.

1. Men Are Loyal, Women Are Trendy

Tisci noted that "Men's wear is very different from women's wear. Men are more faithful. If he’s buying something and he believes in the label, he will be faithful forever. Women's wear goes more with the trends." While West certainly tries new things, like leather kilts and sweats, his wife does seem to trend hop quite a bit, whether it's with her clothes or hair.

2. The Givenchy Couple Is Powerful And Confident

Tisci also said, "My woman is a very strong and powerful woman and I wanted a confident man next to her." I mean, that's so Kimye. Love them or hate them, we're talking about them right now. They may not represent the highest level of culture, but they do resonate with the masses, which is just as important.

3. The Gulf Between Men And Women Is Shrinking In Fashion

Gender-bending is indicative of a shift towards more dynamic men's trends. While Kim isn't really known for rocking, like, suits, West has been at the forefront of fashion and encourages other dudes to clean up nice.

Tisci said, "Over the last few years, there’s more and more freedom and less of a gulf between women and men, which is great. Women, they have more power, which I love. I’m very feminist, and men as well have less paranoias. There are now fewer taboos in the men's world. When you go into straight clubs or to the gym, you can find straight men putting together looks that are strong and bold, which I love. Also, men today are taking care of themselves more."

Tisci, who has partnered with Nike, is equally stoked about his upcoming sneakers. He hinted that he has "a really big new project" that he can't discuss but said he also has two big things in the works. One is global; the other is country-specific.

Even if Tisci designed Givenchy kicks, I couldn't see Kim wearing them... unless they somehow had heels and straps.