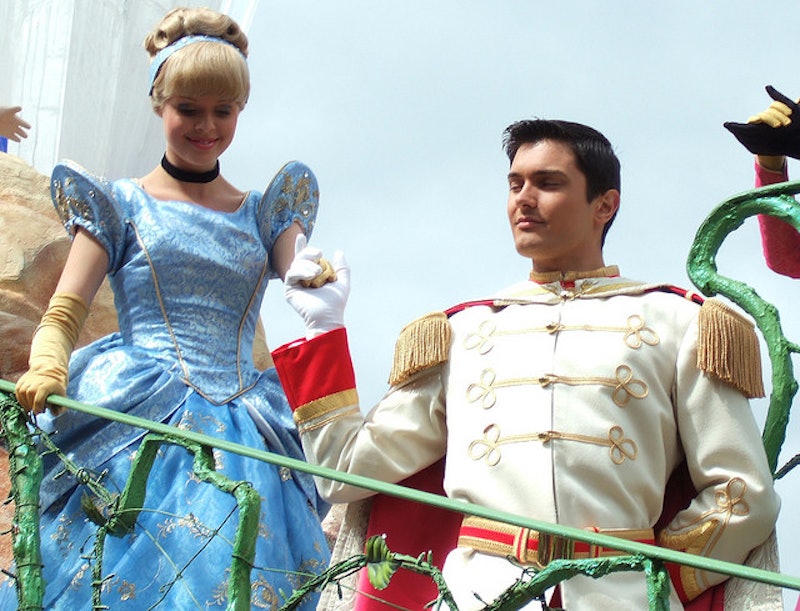 Little girls may dream of being Cinderella, finding Prince Charming and living happily ever after. But a modern-day Cinderella wouldn’t have a Fairy Godmother. Chances are she would be online dating just like the rest of the single ladies out there, weeding through losers and kissing a lot of frogs. But is he really all that he’s cracked up to be? Turns out the folks at Match.com dug up Prince Charming's dating profile. Prince Charming, who goes by the username Pr1nC3L00king4l0v3, and lives in a land far, far away is every bit as cocky as you might expect a modern “prince” to be. Let’s break this down, shall we?

Sir Charming doesn't want to date a woman who hangs out past midnight. Whatever! Most bars don't even close until 2. It's 2015 not 1015. Prince Charming's antiquated views on how women should behave is a real buzzkill. If he's going to be grossed out when your sexy dress turns into PJs and your makeup comes off at the stroke of midnight, homeboy is not going to cool with you getting the flu, pushing a kid out of your vagina, or otherwise appearing human. He may be cute on the outside but he's ugly on the inside.

2. He used LOL in his profile

If you are a woman with even a basic level of intelligence, chances are this will annoy you. Possibly even more than that smelly guy on the subway. LOLs are fine amongst friends (though an emoticon would be much preferable). But from a man who is trying to court you, it just reeks of laziness and immaturity. It's the sort of term a modern-day Spicoli would use in between bites of his pot brownie. In the wise words of Prince, Prince Charming ought to act his age, "not his shoe size."

3. He Likes To Play Games

What kind of guy wants a woman who plays hard to get? The kind who undoubtedly plays games himself. This is not to suggest you should be all over him like vomit on a drunkard. Taking things slow is always advisable in the beginning but intentionally playing hard to get is so 1952. A guy who likes that you like him is much preferable to one that doesn’t. Games are for children and puppies. If PC wants to play games, he should buy Monopoly.

The moral of the story? Stop looking for “Prince Charming”! Mostly because he doesn’t exist. But also because regular, “flawed” people are actually pretty awesome. They make you soup when you’re sick, lift heavy bags, and wipe the tears from your eyes. Prince Charming probably hates cooties and would rather look in the mirror. Plus, you would have to spend your time defending your rep as the fairest maiden in the land. And that sounds as much as fun as eating lettuce for three weeks straight.