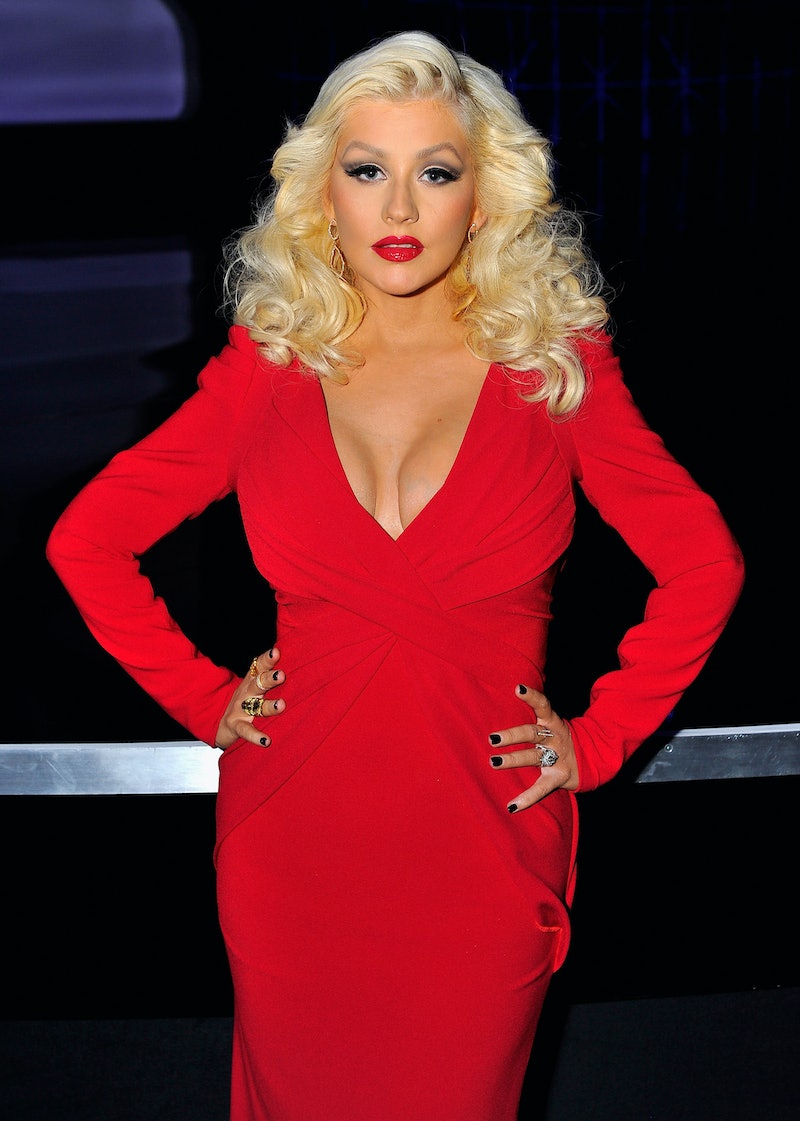 I can barely keep up with the celebrity hair color transformations these days. Almost like clockwork, It seems every day a new A-lister dyes her hair a shockingly unexpected shade — what the heck is going on here? Did I miss the memo? Is there something in the water? Or is it simply the changing of seasons? Yeah, let's go with that. After Kim K's bleach blonde fiasco a few weeks ago, I didn't think the hair makeover trend could get any crazier — but I was wrong. Just today we learned of Christina Hendricks' newly blonde hair, and now another famous mane has changed colors. Christina Aguilera unveiled a dark brown hairstyle, indicating that she's officially crossed over to the dark side. It's a different look for her, but I'm kind of loving it!

The pop star is infamous for having rocked just about every color hair in the book. From bleach blonde, to jet black, to pink, blue, and even grey-colored tips, she has literally done it all (and done it well). But we haven't seen her as a brunette in a very long time. The singer turned actress posted a photo to her Instagram on Tuesday that revealed super dark brown locks, as part of her preparation for a guest role on ABC's Nashville.

While most celebrities have opted for blonde tresses for spring, Christina has done the exact opposite, further proving that she marches to the beat of her own drum. As someone who has been blonde for most of her life, it's kind of nice to see her go in a radically different direction, don't you think? It definitely makes her stand out, and I'm totally digging it. Here's to hoping she keeps it around!