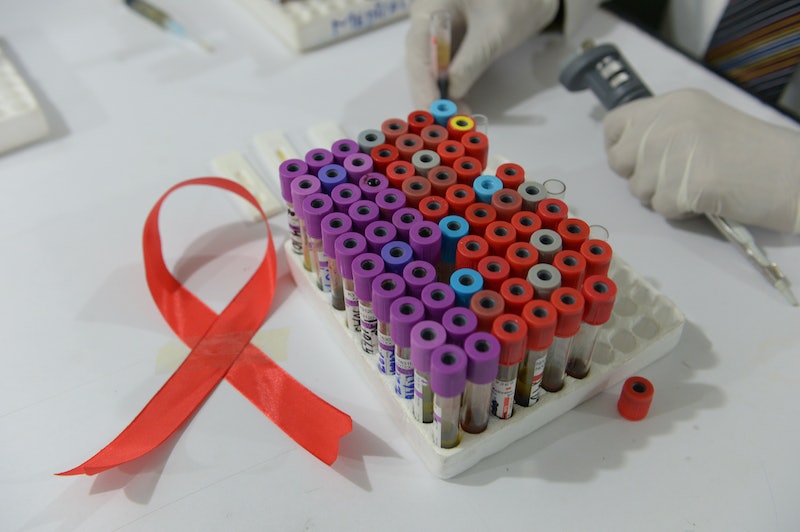 For decades, the scientific community has thought that the first few months after infection are the time when HIV is most infectious. A recent study, however, has shown that HIV may not be as infectious right after transmission as we previously thought, which could drastically change how we treat the recently infected. Although not much research has been done on the contagiousness of HIV directly after infection due to its difficulty — in fact, only one study has been conducted on the subject, in Rakai, Uganda — there has been plenty of research on the stages of HIV, which can be broken down into three phases: acute infection, clinical latency, and AIDS. During the acute phase, which occurs within two to four weeks of infection, large amounts of HIV is produced in the body until the immune system brings the virus under control to a viral set point. Traditionally, researchers believed that this is also the time when people are the most infectious due to the large amounts of HIV in the bloodstream, although estimates of exactly how this affects transmission vary wildly. Some say that only nine percent of new infections occur from someone in the acute phase, while others claim that the number of new infections is closer to 50 percent. New analyses from the University of Austin, however, suggest that these estimates are much too high. Researchers analyzed existing data from the Rakai study, this time accounting for factors that the original study missed, as well as measuring viral counts throughout the acute phase and estimating transmission risk. The results? Way more optimistic than you'd expect. From Science Daily:

Recently infected people are definitely more contagious, but they're hardly infecting people left and right. Although UNAIDS reports that the rates of HIV transmission are dropping, many programs still focus on "treatment as prevention," and these results are welcome news.

"If newly infected people are not as infectious as previously believed, then we can be more optimistic about the global impact of HIV 'treatment as prevention' efforts," author Lauren Ancel Meyers told Science Daily. Not only does this suggest that HIV prevention programs are more effective than we realized, the data also suggests that focusing on catching HIV early may not be the most effective avenue to pursue. (That's not an excuse to stop getting tested regularly, though.)

<img alt="" src="http://38.media.tumblr.com/tumblr_lua7lekTzD1r4ghkoo1_500.gif" class="article-body-image" title="Image: http://38.media.tumblr.com/tumblr_lua7lekTzD1r4ghkoo1_500.gif"/>To donate to further AIDS research, check out the AIDS Research Alliance, and if you think you might be infected, you can find a nearby clinic through the AIDS.gov website.

More like this
This Psychological Effect Might Be Keeping You From Hitting Your Goals
By Lexi Inks
Kourtney Kardashian Says She “Loves” The Changes To Her Body Caused By IVF
By Jake Viswanath
I Tried The Air Up Water Bottle, Which Flavors Your Drink With Scents
By Carolyn Steber
How Yin Yoga Delivers TLC To Tight Muscles
By Carolyn Steber
Get Even More From Bustle — Sign Up For The Newsletter