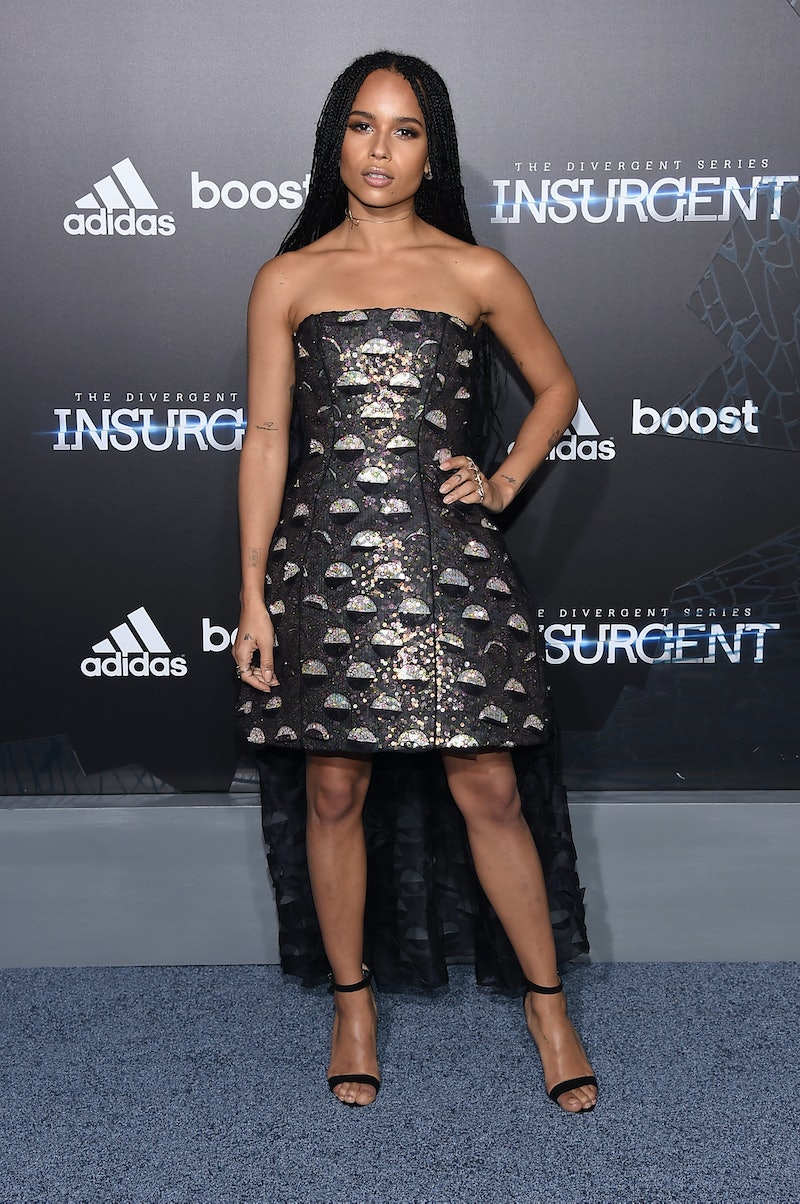 There's no denying that Zoe Kravitz has some serious style in her DNA — she is the daughter of Lenny Kravitz and Lisa Bonet, after all (not to mention the daughter of fictional ace Capitol stylist Cinna and '90s fashion plate Denise Huxtable). So I suppose we really shouldn't be surprised that she's been absolutely slaying it lately on the Insurgent press tour: Zoe Kravits wore Christian Dior Couture (from the S/S 2015 show) to the New York premiere, and she looked amazing.

Her dress had everything going for it — in fact, it's one of those cool Dior dresses that you look at and go, "Huh. Why can't they put Jennifer Lawrence in that?" Plus, it's perfectly on-theme for the tone of her newest sci-fi franchise role; it's definitely something the Dauntless (if you haven't read the series yet, it's her faction from the book: The best description I've seen of them so far is, "brave people join Dauntless where they jump off trains and punch each other") would get a kick out of. After all, it's got a lot of black detailing (the Dauntless signature color), including a badass mesh-y cape/train and it's covered in delicate sequins, with a kicky pattern and even kickier silhouette to boot.

Add all that to the fact that she rather flawlessly styled it with long braids and minimalist sandals, and you've got yourself quite the premiere ensemble. Let's take a look!

Very cool, right? And let's see it in motion:

That's some serious blue steel there. And one more, just for fun:

Aww! If I were J. Law, I'd definitely be giving Zoe Kravitz a call (they're friends from X-Men: First Class) — because Ms. Kravitz knows how to work her Dior.