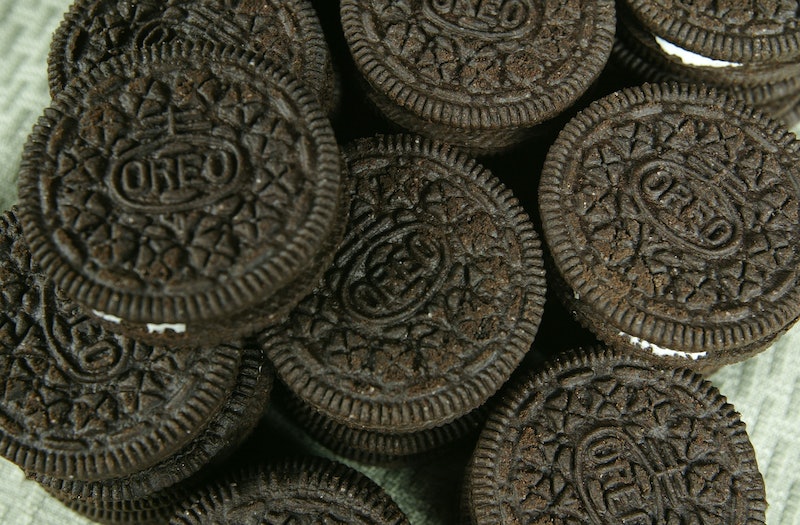 Is this all a part of your savvy social media plan, Oreo? We’re waiting for a snappy Twitter response to the breaking news that the iconic black-and-white cookies, according to brand-new research, are as addictive as cocaine. In the meantime, maybe we’ll have just one Oreo, or two — or, fine, the entire sleeve.

According to a VERY IMPORTANT study by Connecticut College, researchers found that eating Oreos and snorting cocaine produces a similar frenzy in your brain.

We could've guessed that.

In the experiment, Oreos were placed on one side of a maze while rice cakes were placed on the other. And — surprise, surprise — the rats hurtled toward the Oreo side (and “cracked them open,” according to E! News).

Scientists compared this observation with another one: When given shots of cocaine or morphine on one side of the maze, but saline on the other, the mice went for the cocaine.

According to the study results, “they found that the Oreos activated significantly more neurons than cocaine or morphine.” The mice got more pleasure out of the cookies.

The study proves that foods like Oreos are “just as addictive as drugs.” Researchers say they were interested in what drives people to delve into high-sugar or high-fat foods, and what implications that has for those from a lower socioeconomic background.

Whatever. Just don't let anyone come between you and your Oreos.

Sign me up for the next study involving, say, Girl Scout Thin Mint cookies or gooey, chocolate-covered Mallomars.

More like this
Got Brain Fog? Here Are The Best Supplements For Memory & Cognition
By Carolyn Steber
The 5 Best SLS-Free Toothpastes, According To Dentists
By Amy Biggart and Danielle Calma
TikTok's Butter Board Might Be The New Cheese Plate
By Emma Carey
Deliveroo Is Selling Lotus Biscoff Cinnabons Now
By Darshita Goyal
Get Even More From Bustle — Sign Up For The Newsletter