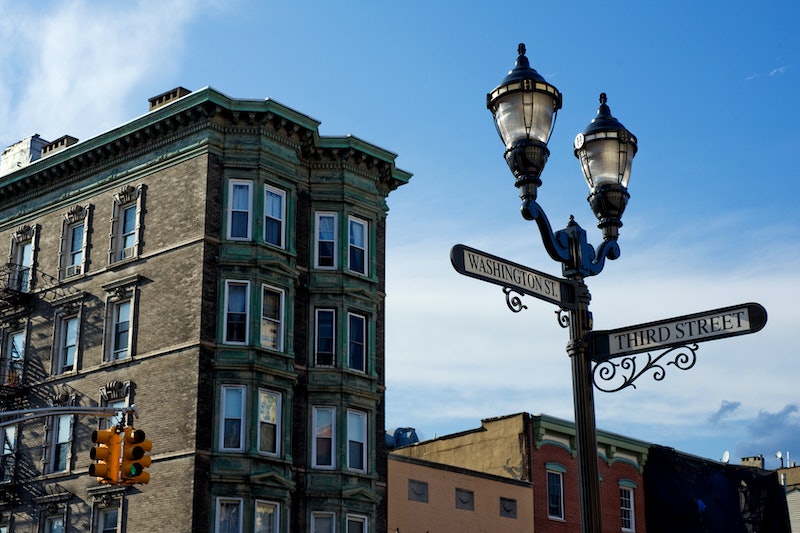 Move over, Brooklyn — your time in the pseudo-intellectual limelight has been had. The ballots have been cast, and our nation’s newest hipster capital is all the way on the other side of the Hudson River: Hoboken, New Jersey! Ladies and gentlemen, we’ve finally managed to un-hip New York (and not a minute too soon).

“You’ve probably seen them around town — reading Proust over an overpriced cup of coffee, or walking down the street in vintage Ray-Bans and a basket full of produce from the farmer’s market,” says FindTheBest, the website responsible for this data. “They’re hipsters: A subculture all about non-conformity and effortless nonchalance.” I'm not sure that Ray-Bans or a literary curiosity are necessarily definitive hipsterdom qualifiers, and my grandmother shops at the farmer’s market... but we’ll give it a pass this time. Let’s dive into the particulars.

Looking at “four important attributes that define a ‘hipster city,’” FindTheBest ranked areas based on the following criteria:

Given all this information, Hoboken ranked highest (those damn yoga classes probably did them in). But here’s the catch: Portland, Oregon didn’t even rank, and neither did Brooklyn. And I don’t purport to be an expert on a city’s qualifications as a hipster hub, but as an Oregonian myself, Corvallis (which made the list) is a questionable contender when compared with PDX.

Here are a few others that made the cut. Head over to Find the Best to read their full list of 19.

Young people in this area make up just over a quarter of the population, a demographic that owes its ranking to the approximately eight cafes available per 10,000 people.

Yes, there are two cities in Iowa on this list. Just barely meeting its population requirement, its 20-to-34 demographic boasts a 58 percent rate of possessing a Bachelor’s degree. Way to go, Iowa City, you smart cookies.

Leave it up to the Pacific Northwest to outdo most of its competition on the hipster front. This city has two and a half yoga studios and nearly 18 cafes per 10,000 residents. That’s a lot of yoga, gang.

Over 70 percent of Arlington’s young people have a Bachelor’s degree. (I take back that quip about pseudo-intellectualism.)

Again, 73 percent of the 20-to-34 demographic have at least an undergraduate education here. But they also have 15 cafes per 10,000 people to boot.

A likely contender. Also, it has more than four yoga studios vicinities per 10,000 people, one of the highest on the list. Boulder is one flexible city.