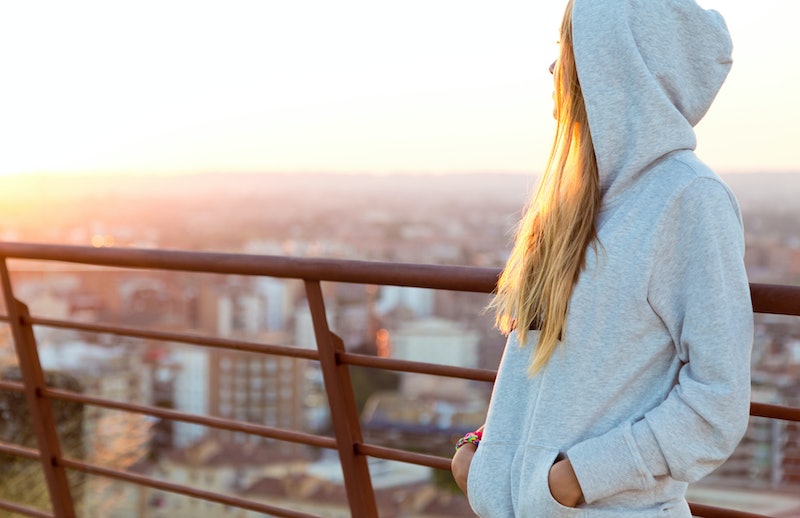 In a new interview with the Telegraph, a purported expert in body image, Aric Sigman, has suggested that grade school boys tell girls what they find attractive about them in order to combat the “neurosis” that plagues young girls. Because what better way to shape the self-image of developing women than to set the bar at what their classmates find sexy? I don’t possess a medical degree, but I do have experience being an actual human woman who has herself tread the waters of puberty — and I think everyone who has been in this boat (and plenty who haven't, for that matter) would agree when I say that this concept is quite possibly the worst way to "foster" body positivity ever.

But hold your stewing fury, because it gets even more ludicrous. Sigman also suggests that this steaming kettle of sexualization should be delivered from older boys, not those of the same age group. Why? According to Sigman, "Girls look up to them and they are not direct peers so it would be easier to talk about body image issues.” Easier for whom, exactly?“It would be helpful for them to explain that what they find attractive is not just physical qualities but also qualities like caring, the sound of a girl’s voice and her body language,” Sigman tells the Telegraph. “Boys don’t have in any way near as rigid a view on what an attractive figure should be and they value many other physical qualities, including eyes, hair, and body language.” Let’s unpack this together, shall we?

Sigman suggests that social media has tasked women with setting unrealistic standards of beauty for themselves, an assertion that would stand on its own... if it weren't being used to encourage the objectification of developing women by older boys. Presumably, Sigman never had his bra strap snapped by his peers while his breasts swelled uncomfortably throughout grade school. Sigman probably also never had to experience the actual waking nightmare that is bleeding from a bodily orifice every 28 days.

As Kelly Faircloth writes over at Jezebel, “I don't disagree that men can help in the fight against women feeling like shit about their bodies. But it's probably more urgent to teach boys not to fall in with the crowd and say shitty things about any girl's body." She continues, "What's more, this approach would just encourage young people of both sexes to think that women's bodies exist for the sake of men, to be approved or rejected.” Faircloth hits the nail square on the head — that's exactly what this approach would do. And the last thing we need is for women's bodies and the discussion around body positivity to be further co-opted by what's essentially another form of objectification.

“An increase in fat on hips, thighs and bottoms is not only natural but good for girls because it is appealing to males,” Sigman says. “It’s protects girls from heart disease and diabetes and the great news is that men like that body fat on women.” So we're to believe the upside is that despite any existing body dysmorphia in teen girls, they can take solace in knowing that their male counterparts find it arousing?

We should not be placing the gentle tap dance that is broaching body image with young women in the hands of teenage boys. Walk it back, Sigman. Walk. It. Back.