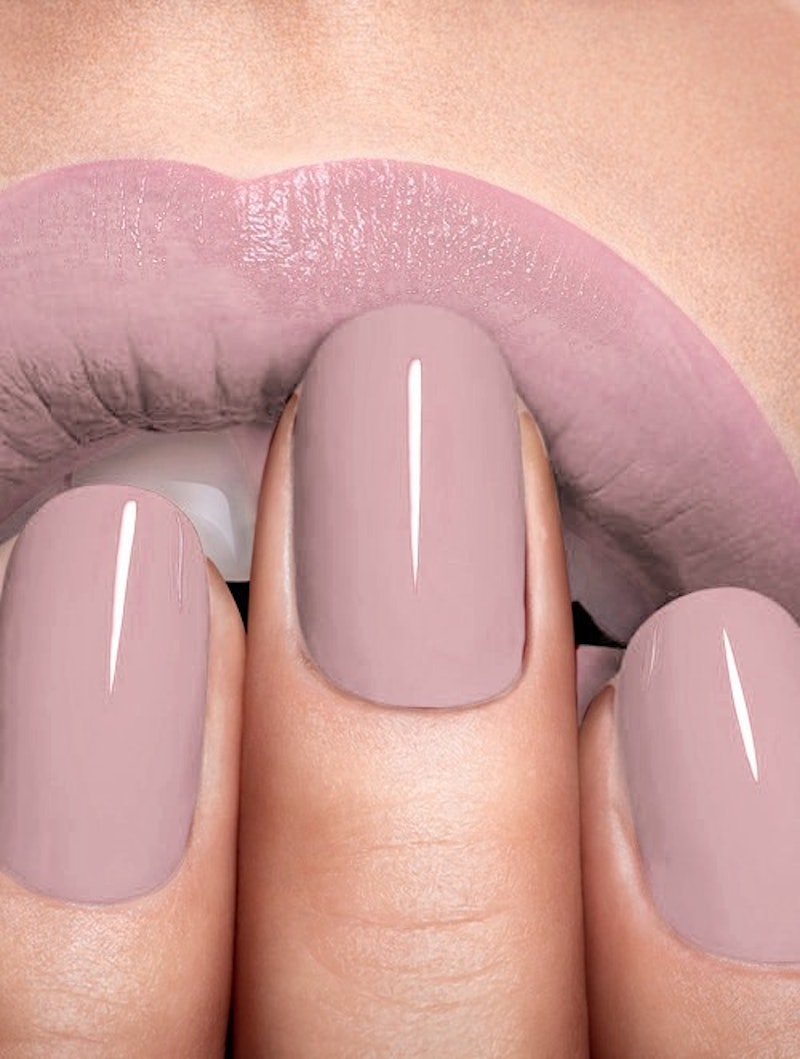 Just when you thought it was safe to venture onto the Internet again, the world wide web comes at you with another photo that calls your sanity into question. No, this is not yet another photograph of #TheDress. We're looking at a brand new, super trippy optical illusion. This photo of nails and lips is giving everyone a second chance to question whether or not they should go see their ophthalmologist.

In the not so distant past, there was #TheDress. This image of a seemingly innocuous article of clothing caused more confusion, rage, and animosity than anything I've ever seen on the Internet. Families were torn apart, friendships were broken, and laptops around the world were thrown across the room. Not really, but there was a pretty large fuss over whether #TheDress was blue and black or white and gold (blue and black for the record). #The Dress caused such a stir that even celebrities got involved with tweets and Instagram posts being thrown out by the likes of Mindy Kaling, Taylor Swift, and Julianne Moore. Well, now, we've got another, though less controversial, image to discuss. Enter #TheNailsandLips— because all good things deserve a hashtag.

Just like #TheDress, the image of #TheNailsandLips remains constant, but it's your perception of the color that changes. When viewing the image on a white background, the nails and lips appear to have a pink color, but when imposed onto a black background, the image takes on a much darker, maroon tone. While initially trippy, the reason the image changes based on the background is because the original photo has been carefully pixelated to make it semi-see through and can adapt to changes in color.

Regardless though, I've got a feeling that this image is going to be the next big internet sensation. So, basically, show all your friends and jump on the bandwagon because this image is awesome!

More like this
Everything To Know About Taylor Swift’s 10th Studio Album, 'Midnights'
By Grace Wehniainen and Jake Viswanath
There's A Taylor Swift Easter Egg In Ryan Reynolds' 'Deadpool 3' Teaser
By Marina Watts
Why TikTok Is Flooded With Controversial Videos About "Pick Me Girls"
By Courtney Young
This TikTok Song About An Unrequited Romance Has FYPs In Shambles
By Emma Carey
Get Even More From Bustle — Sign Up For The Newsletter